Dealing with Money Issues in Marriage? Here's How We Dealt with Ours. Skip to Content

Posted on Last updated: May 8, 2019 By: Author Amanda L Grossman

Dealing with the Financial Friction in Our Marriage Yielded Surprising Results

This post may contain affiliate links. You can find the full disclosure here.
28shares

Yes, even financial geeks like myself can have money issues in marriage! Let me talk about ours, and a surprise way we fixed it that can help you out, too.

I want to share a story with you to show that the best planned financial systems for you and your partner (the ones you put into place to avoid money issues in marriage?) often needs tweaking, and may even need a downright overhaul. I know ours did. 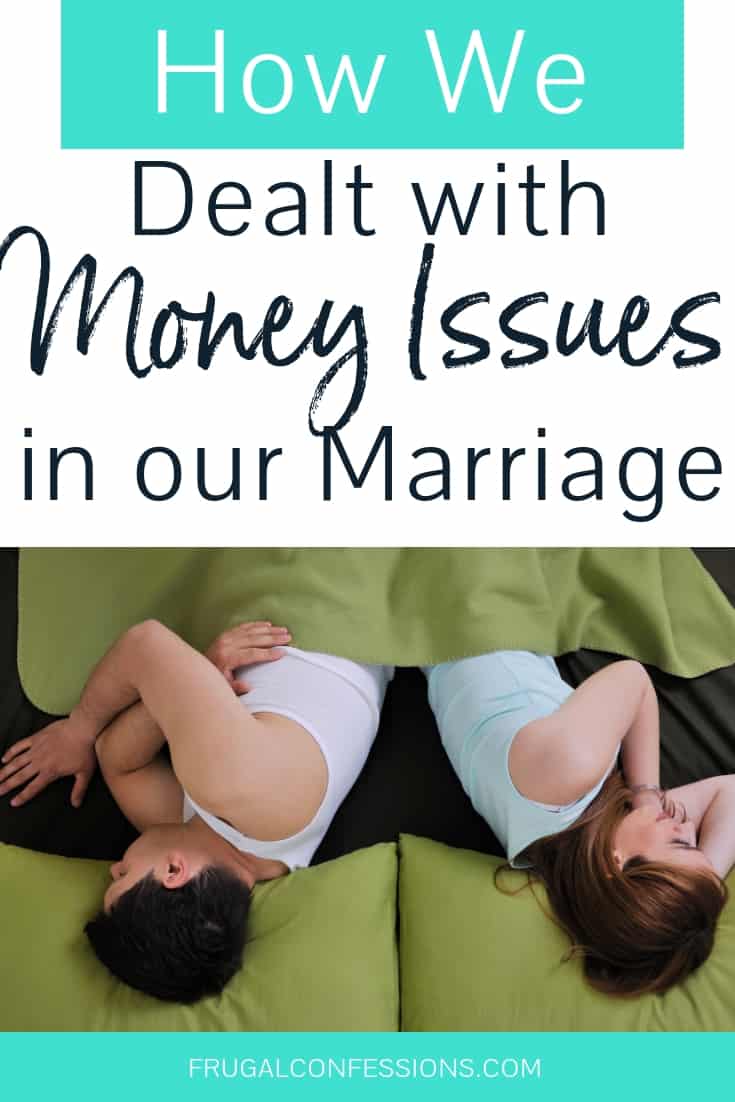 Picture this: about four years ago we walked down the aisle with, among other things, a solid financial plan in place (don't hit the snooze button yet). We were just months away from paying off all of our non-mortgage debt and our future was looking bright.

After combining our finances into one big pot from where we paid all of our bills, we decided upon an amount of individual spending money that was free and clear to spend on whatever we wanted. Since I naturally gravitate towards finances (you think?), we designated me as Maverick (pilot) and Paul as Goose (co-pilot) in terms of day-to-day finances, with periodic sit downs to make sure we were on the same page.

The plan was solid. The execution was pretty good.

Money Issues in Marriage: But then, we started slipping.

We got busy, and our periodic sit-downs became about as reliable as that $15 million the guy in Nigeria has been promising me through email. Our communication got a little murky. A year or two of this turned our household into Team cute, cuddly and naive Who People Vs. Team merriment-spoiler Grinch…not a great way to deal with finances.

Needless to say, it was causing some friction between us.

I would ruminate over occasional surprise charges, while he would rebel against too much scrutiny. That “same page” we used to be on had a tear through it. Where before we were able to compromise and walk away feeling that both of us had gained, now we were vying more for our own personal needs.

That small tear polarized our positions much more than normal. Suddenly, we had money issues in marriage.

Psst: are you dealing with financial dishonesty in marriage? You'll want to check out my article on that.

Sharing Finances in Marriage: I Did Something I Never Thought I Could Do

We both knew that something had to change.

It dawned on me one day what it should be, but to be honest, I was scared to go through with it.

I knew that I had to hand over the financial reins to Paul, who was ready and eager to pick them up.

I was scared to relinquish control because I didn't know what would happen. And since Paul had pulled back from dealing with our finances at all, I didn't have confidence in his ability to keep us on a great financial track {honest confession}.

Would we miss payments during the hazy changing of the guards? Would there suddenly be a huge spending frenzy from pent-up demand? What about negotiating down our insurance payments at renewal time, or remembering to put groceries on our debit card so that it comes out of the right account?

Would I be able to just let the unsightly things go in the learning curve phase?

…and Got Outcomes I Never Thought I Would See

I have the most amazing conversations with my husband now…that he initiates. We'll be sitting in the living room on a typical Tuesday night and he will remark about the outrageous cost of cans of cokes vs. two-liter bottles. While watching a news segment on couples with huge amounts of debt, he'll look over at me with a knowing smile—a financially-savvy moment that is shared and understood by both of us.

Pssst: need help breaking the money ice? How to talk to your partner about money.

The other day he went to the store with “celery” on the list so that I could make some of my grandmother's stuffing, and I unloaded clearance-section, pre-chopped celery from his trip instead. He embarrassingly smiled and said, “Sorry, I saw that this container was on clearance for a buck so instead of getting a whole bunch of celery I just got enough for your recipe” {thump-thump, thump-thump…it's the starting up of my defibrillated frugal heart}.

I could not be more in awe of the organic changes in my husband.

But that is not even the most surprising outcome of this role reversal.

You see, there have been big changes in myself as well. I've stopped obsessing/ruminating/tracking each cent as if our lives depended on it, which has opened up more time and energy for other things. My mind is at ease, and I no longer cringe when I think about having to approach Paul to talk about something financial. It's…liberating.

We're a team, we're communicating, we're appreciating one another and the roles and functions we fulfill so much more.

Did any of those scary scenarios in my head come to fruition? Yes, we missed a payment in the first month. But it was only a one-time thing and Paul was extremely apologetic. There was no late charge and he quickly remedied the situation.

Overall, the gains have been extreme. It's like we're on a whole new level in more ways than just financially. We respect and understand each other much more because we took off our own shoes and wore each others' for awhile (seeing how I wear a 6.5 and my husband wears a size 12…it was a little awkward at first). And even though it is likely I will take over more of the finances in the future — after all, I do love to deal with them and Paul has decided that he loves being married to someone who loves to deal with them — this change was so critical to us moving forward together.

“Money is the topic that spouses argue about the most, ahead of household chores, spending quality time together, sex, snoring, in-laws, and what’s for dinner.” Are you looking to get on the same page with your partner about money? Are you dealing with money issues in marriage? If you crave financial intimacy like we did, then check out my marriage and money page. 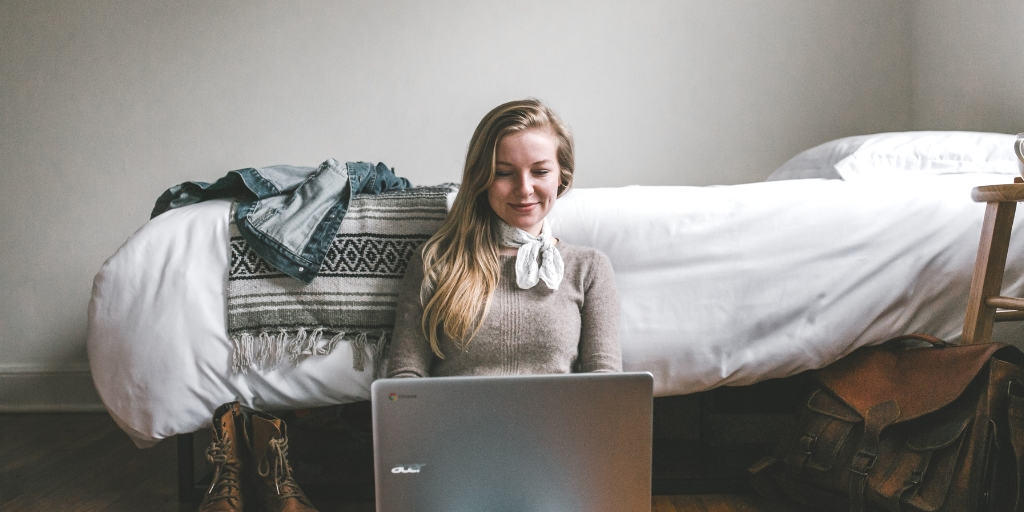 I Broke a Guideline and Why You Should, Too
← Read Last Post 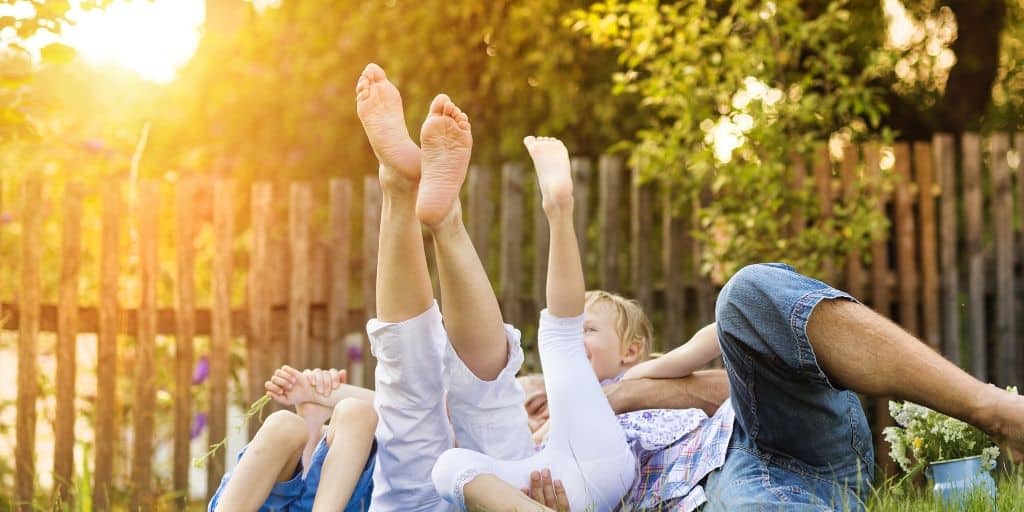 What Does it Mean When Someone Says Less is More? (Less is More Meaning)
Read Next Post →
Click here to cancel reply.

I'm glad it worked out for you two so well! I honestly don't know if I could let go like that and let Mr. BFS take over. Managing the money is what I do. ;-)

It was definitely a test in trust and faith for me, for sure. And in the ability to let things go if they should go badly, knowing that I could just pick up the reins again and move on.

Great article! I'm so glad to hear its worked out well for you. Its easy to let a lack of communication damage a marriage no matter what the content of discussion is. It sounds like you've both come together to work it out. Thanks for sharing this with us!

I am glad you enjoyed my article! Yes, lack of communication can kill any subject matter in a marriage.

I absolutely love the new site design! I'm delving into each section!

Thanks so much! I put a ton of energy, thought, and time into it over the last 7 months (just came out in mid-March), and am so happy to hear that you love it:).

Really great post Amanda! I love your story, especially the role-reversal, I realized how hard it was (and still is sometimes) for me to relinquish certain things because I just like having control of them. But like you, that "letting go" has allowed me to use my energy and gifts in other areas.

Yes, that was probably the most difficult part for me as well. But I was truly amazed with how much it helped, and what came of it all.

Loved your article!!!! Great tips for couples since finances is one of the major reasons for divorce.

Thank you, Helena! Happy Monday to you:).