This post may contain affiliate links - it's how we keep the lights on around here.
0shares

Going out to your fave restaurants each week not in your monthly budget? I totally get you. These best top secret copycat recipes will save your wallet!

Going out to your fave restaurants each week not in your current monthly budget?

I totally get you.

Not only is it not particularly in our budget either, but also:

:: we like to cook from scratch
:: we have a 14-month old, which means it's just easier to eat at home

Good news for people like you and I: we live in the information age. There's tons of access to some of your favorite, top secret copycat recipes for FREE!

Not only are there cool Copycat Recipe books out there you can purchase or check out from your local library − my favorites are Todd Wilbur's series of Top Secret Recipes 1, 2, and 3 − but you can find many of these recipes on the internet as well.

There are literally entire websites dedicated to Copycat Recipes, where ambitious home chefs take a stab at recreating their favorite restaurant and fast food recipes.

Let me rundown a few of my favorites to see if you can find any that catch your eye.

Lots of people have cloned the Starbucks menu, both drinks as well as pastries.

Here's a cinnamon-sprinkling of options:

You can find links to over 50 Copycat Starbucks Recipes here.

Clone Chipotle's salsas (including the corn salsa!), sauces, cilantro rice, and guacamole at home and use them as complementary to the following recipes:

Amanda's Note: Oh my goodness…researching for this article is making me mega-hungry.

Growing up, we got to get off the farm and go to the city (Washington D.C.) to visit our aunt about once every other year or so. And right down the street from her house − accessible by rollerblading through alleyways − was The Cheesecake Factory.

So you can imagine how this place soared to rock star-status in our minds. Oddly enough, I still only go to one about once a year (even though it's just 20 minutes away from us).

Recipes from chefs and food chains are CLOSELY guarded. Not only do restaurant chains come up with coded names for these recipes — such as 99X, which is the secret name of KFC's original chicken spice blend — but they often keep the original recipe in vaults and other security-enhanced locations (like Coca-Cola's recipe vault). Also, their ingredients suppliers? Well, they never know the entire makeup of ingredients. This ensures no ONE person can put the whole thing together and steal a recipe. Plus, the recipes are often legally protected, as well.

But, that doesn't mean that famous secret recipes haven't been revealed, stumbled upon, or otherwise discovered over the years.

Making a Special Night Out of It

Instead of going out for the night, create your own menu from copycat recipes. Since you are making them yourself, you can mix and match to your heart's desire. For example, you might choose to make Cheesecake Factory's Avocado Rolls with some Chipotle Carnitas bowls + Cheesecake Factory's Pumpkin Cheesecake for dessert.

Frugal date night idea: instead of going out for the night, create your own menu from copycat recipes. Click To Tweet

And if you're cooking for someone else(s), have them salivating while you cook by writing out a menu on chalkboard (a roll of chalkboard paper for your table is super fun as well because everyone can draw during dinnertime).

You can pair the dinner with any of these 7 At-home Date Night ideas as well!

A final idea? Why don't you have a cook-off with your teenager or partner and see who can get one recipe to taste the most identical to a restaurants'. You both win anyway, since you get to gobble it down afterwards.

What are your favorite restaurant recipes? Link up a Copycat recipe for them below. 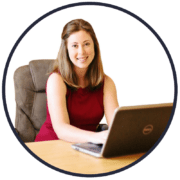 I’m not super-human, nor am I a financial advisor (you can stalk my About Me page for more about me)…but I do have this crazy ability to handle my own money + teach others how to handle theirs to its maximum potential. It’s all about taking control of your money, and saving more of it so that you can live your life on your own terms.

Is Buying a Gym Membership Worth it? Depends on Two Things.

Bust through any Financial Task You’ve Been Dreading with this Simple...
Scroll to top