What No One Tells You about Coupon Fraud (And Coupon Misredemption)

This post may contain affiliate links. You can find the full disclosure here.
1 shares

Coupon fraud…did you know it's an actual crime? Let's discuss what it is, how you might be committing it, and examples of arrests/penalties incurred.

Several years ago, I became a dedicated couponer.

And more times than I can count I have excitedly prepared my coupons at home for the perfect transaction, ran to the store with high hopes, only to be turned away by a disgruntled cashier who can either not figure out how to use the coupon, or who does not know their corporate coupon policy.

But it’s also a bit more than that.

Store coupon policies have gotten really stringent due to the fact that coupon fraud is on the rise.

Yes – there is such a thing as coupon fraud, and it’s a real crime.

Let's dig in, so that you can make sure you're using coupons within the law.

What is Coupon Fraud?

Let’s get the definition straight from the Coupon Information Center:

“Coupon fraud occurs whenever someone intentionally uses a coupon for a product that he/she has NOT purchased or otherwise fails to satisfy the terms and conditions for redemption, when a retailer submits coupons for products they have not sold or that were not properly redeemed by a consumer in connection with a retail purchase; or when coupons are altered/counterfeited. These activities are almost always in violation of Federal, State or local laws.”

There's also coupon balancing and coupon misredemption, which are basically the same thing.

The definition of coupon misredemption is:

“[Il]legal or fraudulent traffic in consumer product coupons, including mail theft and counterfeiting.”

Coupon balancing is using a coupon intended for one product on a different product that it was not intended for.

Examples of Coupon Misuse and Misredemption

As discussed in this article about how the coupon industry is fighting extreme couponing, there are many fraudulent ways consumers have devised to use coupons for their own economic benefit.

Fraudulent coupons that are too-good-to-be-true circulate the web all the time and many innocent consumers, retailers, and manufacturers get stuck with the lost time and money.

A few years ago, I walked into my local Subway store for a sandwich. From the back of the line I could see a piece of paper with a coupon for a free premium Subway sub taped to the display case. Written in black marker was “Fraudulent coupon. We are sorry, but we cannot accept this.”

I started imagining both the consumer’s dismay at making it up to the cashier with a sandwich chocked full of their favorites (mine is spinach, cucumbers, green peppers, honey mustard, and a little mayo) and then being declined their free treat at the cash register and instead having to pay for it. I can also imagine the poor cash register clerks who had to repeatedly let their customer down each time they saw a folded-up piece of computer paper and an “I’m-about-to-get-a-free-lunch”, eager smile.

So, who makes these fraudulent coupons anyway? Are these people ever found, and if so, what are the penalties?

Once I began researching, I was very surprised to find the problem is more widespread and costlier than just a few consumers getting away with free products.

Just in the month of May 2011 there were 25 counterfeit coupons posted on the Coupon Information Corporation (CIC) website with various rewards being offered from the manufacturing companies for the successful prosecution of individuals responsible for producing the counterfeit coupon.

For example, Del Monte is offering up to a $2,500 reward for a counterfeit coupon that promised to save $1.85 on a case of Fruit Chillers® and another coupon to save $1.00 off the purchase price of a Del Monte® Fruit Naturals® cup. Nestle and Post Foods are offering the same reward amounts for counterfeited coupons of their products.

Coupon glittering is the act of using a glitch in coupon codes/barcodes to your advantage (illegally).

For example, a coupon for $3.00 off a huge bottle of expensive lotion might also work on the free trial version of the same product due to a glitch in the coupon’s barcode.

The fact is, just because the cash register scanner accepts the coupon, doesn’t mean it’s not coupon fraud.

Yes, it is illegal to sell coupon inserts.

It’s not necessarily illegal to sell your time it takes to clip coupons as a service (you’ll see this on eBay and other coupon sites). HOWEVER, it is against the coupon fine print. As soon as a coupon is transferred, the value is supposed to be voided.

More manufacturers are also adding language to their coupons that the coupon may not be auctioned for sale (at venues such as eBay).

You can read a lot more about illegally sell coupons here.

How to Report Coupon Abuse

If you would like to report coupon fraud, the CIC stresses that you do not confront the individual involved, but instead keep all of your records and contact the CIC (communications are kept confidential):

You can also contact one of the law enforcement agencies listed below:

What are Possible Penalties for Committing Coupon Fraud?

Even though it hardly makes national news, there have been many arrests of coupon crime rings and individuals.

While penalties vary depending on the number of laws that have been violated and the scope, the CIC says that the longest prison sentence for coupon fraud was for 17 years, and the highest financial penalty was for $5 million. Much more commonly, the penalties are a prison sentence of between 3-5 years and penalties in excess of $200,000.

Here are some examples:

How to Spot Fake Coupons

If you are not paying attention or you do not know what to look for, then you may use a counterfeit coupon unknowingly. Here are some things to watch out for: 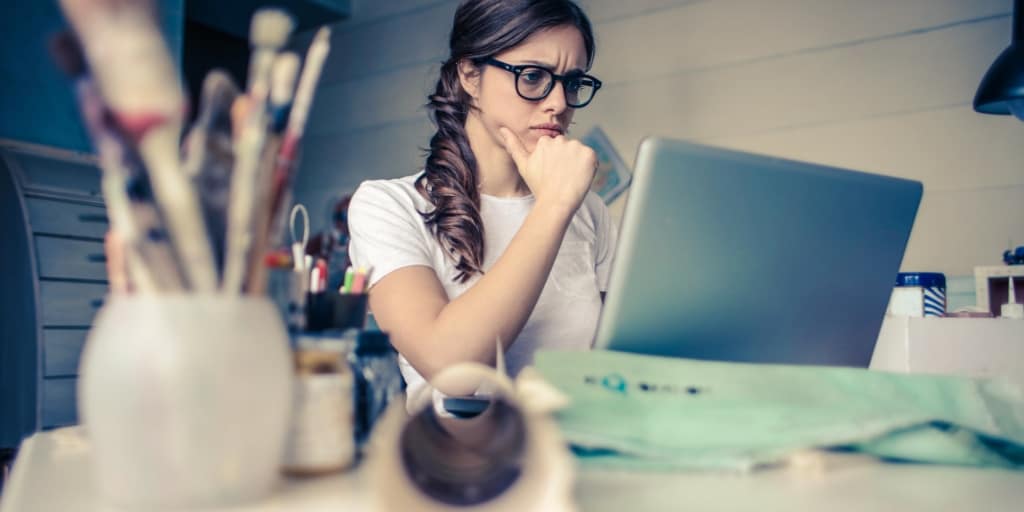 We Were Scammed on Craigslist: How to Protect Yourself
Read Next Post →
Click here to cancel reply.

As a former business owner, I am not surprised at all. Fraud contributes to higher prices in retail stores! Normally, we think of fraud as shop lifting, but merchandise losses occur in various ways. Fake coupons, counterfeit currency and stealing hurt restaurants as well as other businesses. Thanks to technology we now have different ways to defraud someone or a company.

I didn't realize it ran this deep but it really doesn't surprise me. If you look at how many idiots there are constantly creating computer viruses and trojans for no good reason, you have to figure there's going to be people out there who will do absolutely anything, no matter how silly or inconceivable it might seem to those of us who would never consider coming up with such fraud.

Wow. I had never heard of such a thing but it makes sense if these people are getting free product and then reselling on eBay for a profit. They must view it as less risky than shoplifting from the store directly.

Hi Optionsdude! I am glad I'm not the only one who had not heard of this before.