This post may contain affiliate links. You can find the full disclosure here.
30shares

Clark Griswold has learned a lot of money lessons over the years. We can all learn something from money snafus in the National Lampoon movies. 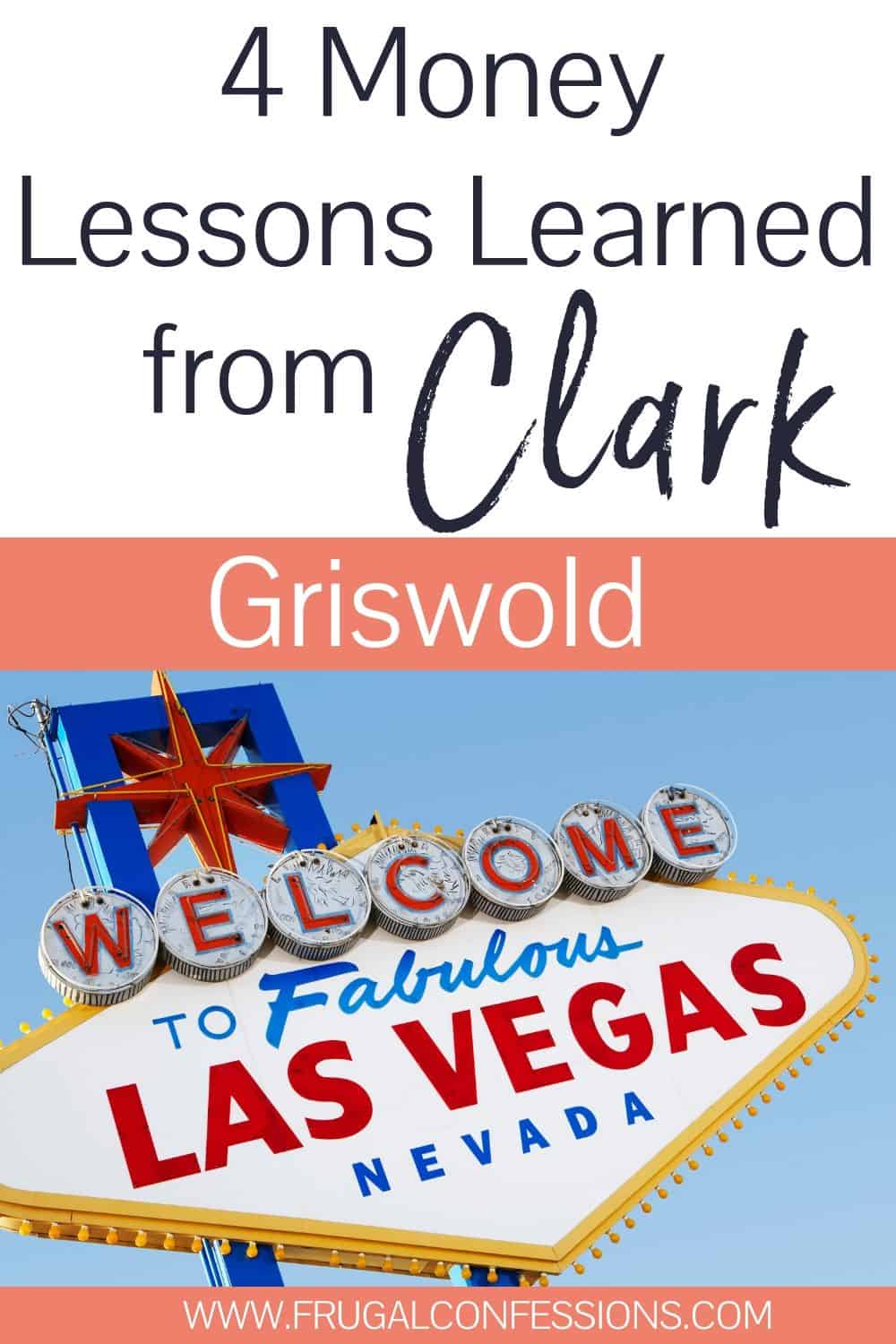 Yet somehow he finds himself in all manners of ridiculous and awful situations.

He knows that family is one of the most important things in life, but there are many other things in life to deal with that he doesn’t seem to have a good grasp on—least of which is money. I have developed quite a soft spot for Clark over the years.

Watching the National Lampoon movies now as an adult, I’ve come to realize that most of Clark’s problems have money as the root. Just like Clark, who works as a food additive developer in Chicago, we leave our families to earn money. And just like Clark, we fantasize and make plans about ways to spend our money that will enable us more quality time with our families. While we all may have good intentions, money is kind of a necessary evil that lives in the background of our lives and not even Clark Griswold can escape its sometimes far-reaching, sticky arms.

It’s much nicer to learn money lessons by watching him go through the painful experiences, than from living them ourselves.

So onward we go, through The Clark Griswold Money Academy!

In this film, Clark Griswold takes his family on a 2,408 mile “pilgrimage to see a moose” from Chicago to Walley World.

His goal is to spend a lot of time with his wife and his children, whom he laments that he barely gets to see with his job.

Ellen has a good handle on planning ahead and has prepared vigorously for the expected:

“I turned off the water, the stove, the heat, and the air, locked the door, notified the police, stopped the newspapers, I called to get the grass cut….”

But along their journey there are many unexpected expenses:

In a state of panic, Clark asks his daughter for her babysitting money ($35), and asks son Rusty to go through Aunt Edna’s purse while she is sleeping.

The money situation comes to a head when Clark reports Ellen’s credit cards as lost and then the motel clerk at the next town refuses to cash a check for him because his own credit card is now denied.

With hat in hand, Clark says to the clerk,

He offers a $1,000 check and only asks for $300 cash in return. The clerk will only cash the check if he stays at the hotel for the 10 working days it will take for it to clear.

In a dire state, Clark steals from the cash register and puts the $1000 check inside before dashing outside, taking a photo with the Grand Canyon, and rushing off in their runaway car.

Lesson Learned: You better have several contingency plans, especially when traveling away from home.

There are about two hundred things that go wrong to snuff out the twinkle from Clark’s big family Christmas holiday get-together: his cousin kidnaps his boss, his Uncle manages to burn down the Christmas tree he and his family had chopped down themselves in the middle of a forest on a Saturday afternoon, Cousin Eddy and Catherine show up unannounced in their RV and decide to unload its sewage into the storm drain by his house, etc.

But the one that breaks Clark and sends him over the edge is money related: he finally gets his bonus for the year on Christmas Eve, and before opening it announces to all of his guests that he has put a down payment on a pool that he doesn’t have enough money to cover until his check had arrived.

Tearing open the envelope, he finds out that this year he has been enrolled in a jelly of the month club (“the kind of bonus that keeps on giving the whole year”, Cousin Eddy says).

This is a classic case of “don’t count your chickens before they hatch” as Clark assumes that his bonus check will be the same or of the caliber of years past.

Of course, everything works out for Clark in the end because his Cousin Eddy takes his boss for hostage and Clark gets to give him a piece of his mind. The boss concedes, and tells him his new bonus will be 20% added onto last year’s check. A Merry Christmas to all!

Lesson Learned: Don’t count your chickens before they hatch.

Clark and his family dress as pigs and win a European Vacation on the game show ‘A Pig in a Poke'.

Over a two week period they tour London, Paris, Germany and Italy.

Everything seems good at first and the Griswolds use the extra few thousand to go on a shopping spree in the latest European fashions. But then the robbers track Ellen down, hold her up at gunpoint, and kidnap her.

Clark grabs their new car to rescue his wife, and it is revealed that a man is being held for ransom in the trunk. The robbers had come to collect their hostage, and instead kidnapped Ellen.

Clark manages to rescue Ellen and to reunite his family. They thankfully board the plane, where Clark manages to fall into one of the pilots and ream the plane into the torch of the Statue of Liberty. Gotta love the Griswolds.

Lesson Learned: If it sounds too good to be true, it often is.

Clark gets a bonus at work and decides to take the family on a trip to Las Vegas.

After several days in, Clark develops a gambling addiction.

He confesses to his Cousin Eddie,

“I’ve gambled away more money than you’ll ever understand” (turns out it he has taken his entire children’s college fund of $22,600 and gambled it away without telling Ellen).

At one point he says, “If I could just get all that money back, I could turn everything around”, which is referring to the fact that while he was busy trying to get rich with those crazed-Clark-Griswold-eyes, his son obtained a fake ID and was hanging out with the wrong crowd, his daughter became a fixture in the Las Vegas nightlife, and his wife was being seduced by Wayne Newton.

This movie shows us that even the idiot in the family — Cousin Eddie who lives out in the desert on government property where they used to test the H-bomb — knows to stash away money for a rainy day. He has buried thousands of dollars in his back yard and offers this to Clark.

The two maddeningly dig hundreds of holes and find untold ‘treasures’ (Eddie’s life savings) to fund Clark’s quest of getting his money back. It’s no use though because Clark is on a terrible losing streak at the tables (he can’t even win a game of war).

As Eddie starts to recognize this, he nervously says,

“Clarke let’s say we go back home and bury what’s left of my money”.

Eddie becomes the voice of reason when temptations and impulsion take Clarke over.

When Clark is at the bottom of his rope and staring down at a losing table of rock-paper-scissors, he finally realizes that “without my family, there is no Clark Griswold.”  He rounds everyone up, tells them the news that he’s lost all of their money, and in a stroke of fortune they collectively win back a tidy sum of money (more than Clark had lost). Clark and Ellen renew their vows, and Clark hands Eddie $5,000 to pay him back.

Lesson Learned: It’s not what you have, it’s who you have to share it with.

Do you watch National Lampoon movies? Which do you like the most? 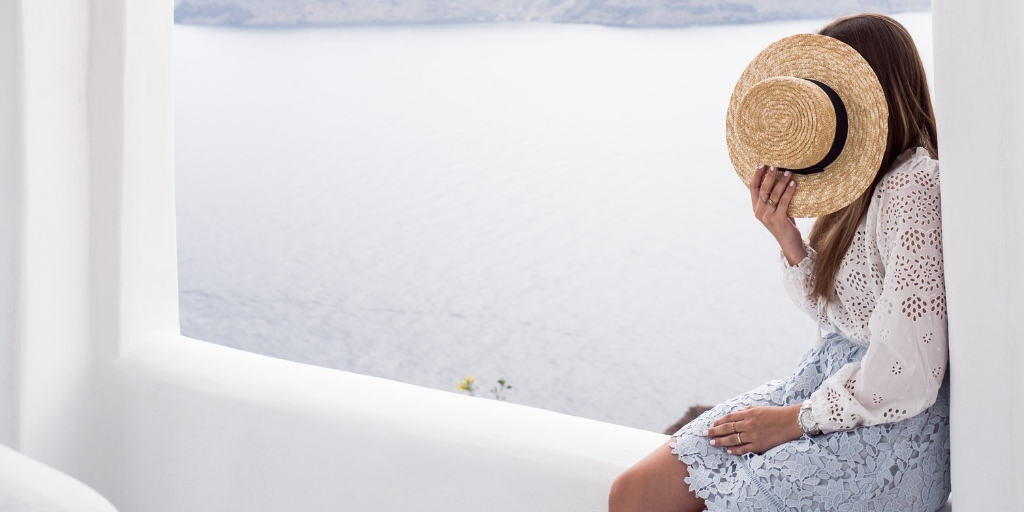 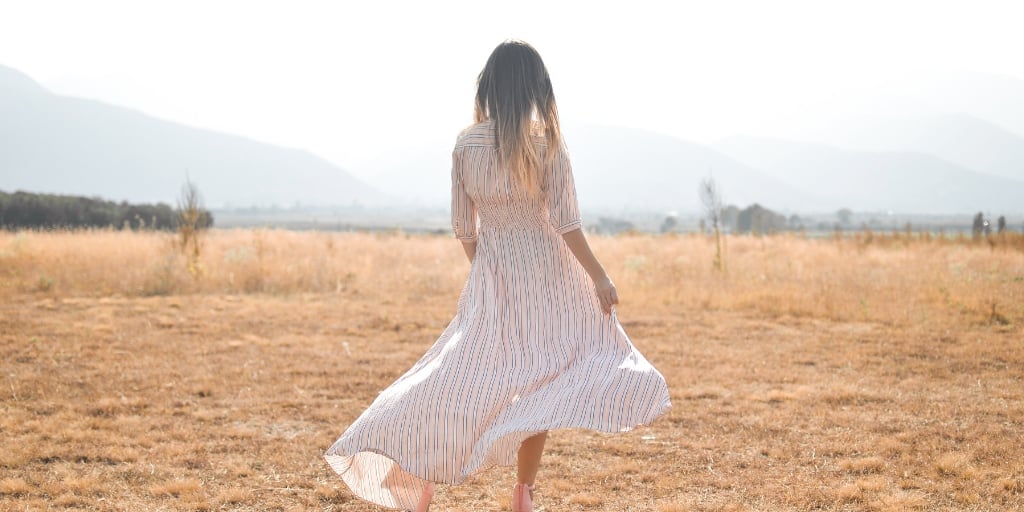 Oprah is Missing One Element in Her Definition of Luck
Read Next Post →
Click here to cancel reply.

hmmm, I feeling a little left out.. I don't think I have ever watched a national lampoon movie!! But I like how you drew these lessons from them. you will have to bring up Christmas Vacation if you are up visiting over the holidays!!

Thank you! That would be a lot of fun. We are figuring out our holiday plans soon, so I'll let you know.

It's my favorite as well!

Great post! I love the National Lampoon movies. It's even better that we can glean financial wisdom from them :)

What a hilarious analogy! I've seen Christmas Vacation so many times that I practically have the entire thing memorized. My parents are obsessed with these movies and, you're right, a lot of financial lessons can be learned from them! (I myself always wondered why he'd make a purchase for a pool when he didn't even have a guarantee on a bonus - but there'd be no movie if he didn't ;) ).

Thanks Shannon! Christmas Vacation is my all-time favorite Christmas movie. The day after Thanksgiving (or thereabouts) I watch it, and then several times more before Christmas.

I too am a fan of the National Lampoon Vacation films too, although I thought they ran out of gas on the 4th one.

I never considered that finances played such a big role in the films. I appreciate your insightful comments on that.

I watched the first Vacation film again recently, and in connection with your blog article, I remember how at the beginning of the film Clark was taken advantage of by used car dealer Eugene Levy. Another instance of Clark's lack of financial preparedness resulting in him getting a horrendously bad deal on a car.

Thank you for adding to the list of financial lessons learned. I really enjoyed writing this post (and the necessary research:)).