This post may contain affiliate links - it's how we keep the lights on around here.
0shares

An example of how it is easier to preach than to practice when it comes to money (and specifically, with wanting to spend it. While still in debt).

It is easier to preach than to practice…ever heard this phrase before?

I've heard it over and over again in my life, and then stumbled upon a specific situation where I thought to myself, “wow, it's SO true.”

Let me show you a specific situation where, after “preaching” all day long on the merits of putting all your extra money towards debt that you can versus spending money on something that you want, I had difficulty putting it into practice.

Why It is Easier to Preach than to Practice

Before we get into that real life example, I wanted to address why it's easier to preach than to practice.

When you preach something, you're asking OTHERS to take action or to behave in a certain way.

When you practice something, you're asking YOURSELF to take action.

And action? Well, that's always harder to take than to not.

Next up, let's talk about my example of when I struggled with practicing what I preach.

Preaching is Easier than Practicing — My Own Example

Have things ever just…fallen into your lap?

Call it luck, a perk from reading the book The Secret, the Baader-Meinhof Phenomenon (wait…have you just recently heard about this?), or an answer to your prayers, but you think of something — a need, a want, a nice-to-have — and then several weeks, months, or even days later it appears. And it doesn’t appear in an ordinary fashion, or even on my timeframe; but it does appear.

Perhaps it is because of my openness to receiving opportunities that makes me so adept at identifying them when they come, even though they are often disguised or at a time that may not be convenient for me.

Or maybe I am subconsciously looking out for these things because I introduced the thought in my head, and so it is not that they occur after I have the initial thought, but just that I am now more aware of them.

Whatever it is, it has taught me to say and think what I actually want, even if I think it is absolutely ludicrous and could never happen in a million years; after all, I have been surprised many, many times.

One of my ludicrous wants is to install granite countertops in our kitchen. It’s not the desire for granite itself that is ludicrous — there’s something so enticing about the depth, solidity, and clean lines of a granite countertop that would make most people want it — but my desire to pay less than $20 per square foot for it that would make most people balk.

Lo and behold, last Tuesday I was driving to work and was stopped by a redlight long enough to catch a look at the F-150 that had pulled beside me into the left hand turning lane.

My eyes nearly popped out of my head as I read the sign advertising granite countertops for $14.95 installed.

I hesitated for a moment (literally, as the redlight was momentarily going to be changing), but decided that perhaps this was my opportunity for living my frugal decadence, even though the price seemed too good to be true.

After hurriedly writing down the phone number I called the company and scheduled a free in-home consultation and quote for our kitchen.

The quote came in at $2,142, which included the labor, taxes, granite, installation, and five-year sealant. The only issue was that it was a promotion that was ending on that day (typically they sell for $30.95 per square foot).

I checked out some of their reviews online, as well as asked for references. I even went so far as to pick out the type of granite that we wanted, envisioning the nice, sleek ubatuba adding an air of elegance to our kitchen.

And then I took a deep breath, and felt my internal hesitation. Sitting on the bar stool, which could soon be housed under an actual breakfast bar made of granite extending from our countertops, I wondered,

“Will this opportunity ever come again? Is this my sign that I should push the button and sign the contract? Or am I merely falling into the trap of spending for instant gratification instead of waiting until we pay off our debt?”

I tried to think of myself as the next caller on Suze Orman’s “Can I Afford It” segment and wondering what I, as a frequent watcher of the program, would say to someone in my situation. I waited for Paul to come home.

That evening he and I sat down to discuss. Granite countertops would clearly increase the value of our home, and they were a sure upgrade from our current vinyl leftovers.

But we are in debt.

Our debt-free day will be sometime in August (excluding our mortgage). Even though the end of this summer is sooner than we had ever hoped to be out of debt, and even though the student loan we still have is only at a 1.25% interest rate, it would mean keeping ourselves weighted down for another two months or so before hitting the debt-free jackpot. What opportunities might arise in the fall that we can’t take advantage of because of this past spending? Granite countertops installed for $1500? (A girl can dream, right?).

We said no. It was difficult to do, so difficult to do. I went to bed that night feeling that I had done the right thing, but still being a little disappointed. I dreamt that Paul and I had purchased a second home, and even in the concocted scenario of my subconscious I could feel that weighted, ugliness of debt seeping through my heavy, heavy pores.

The next morning I woke up to the sun dripping through the leaves of the blooming magnolia in our front yard. In the haze of the morning, when I realized that it had just been a dream that we had purchased a second home with a second mortgage,, I had a glimpse of the feeling of debt freedom that is ours for the taking in just a few precious months away.

That feeling — liberation from others, having nothing to pay for except the choices that we make from the present moment, and being able to realize our dreams — can never be replicated by granite. Granite is a gorgeous, distinguished, polished stone; but that is it, it is only a stone. Debt freedom is a feeling and a way of life. How can I take my $2,142 that could be used for one to pay for the other?

Granite is just going to have to wait, which leads me to the second thing I have learned from having all of these coincidences and opportunities creep up: another deal will come around. Deals are not finite and this deal is not the last one I will ever see. Except the next time around, I will be ready with cash in hand for when opportunity comes knocking on my door. 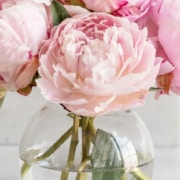 How do I make my house feel like home? Average Spent in Your First Year 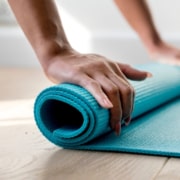 Yoga and Money: Focus and Strengthen Your Finances as Preparation for When Opportunity Knocks 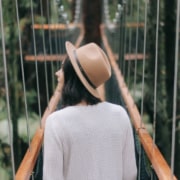 Brand Loyalty: Could Your Money be Spent Elsewhere? 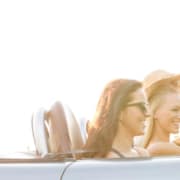 Save on Insurance Premiums (13 Actionable Strategies) 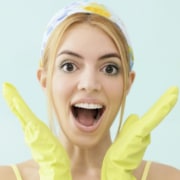 17 Sneaky Supermarket Tricks to Get You To Spend More Money

How do I make my house feel like home? Average Spent in Your First Year
Scroll to top