This post may contain affiliate links. You can find the full disclosure here.
71shares

Medical bills are no joke! Let me share with you our own experience of how to dispute a hospital bill + negotiating medical bills, and why you need to be doing this. 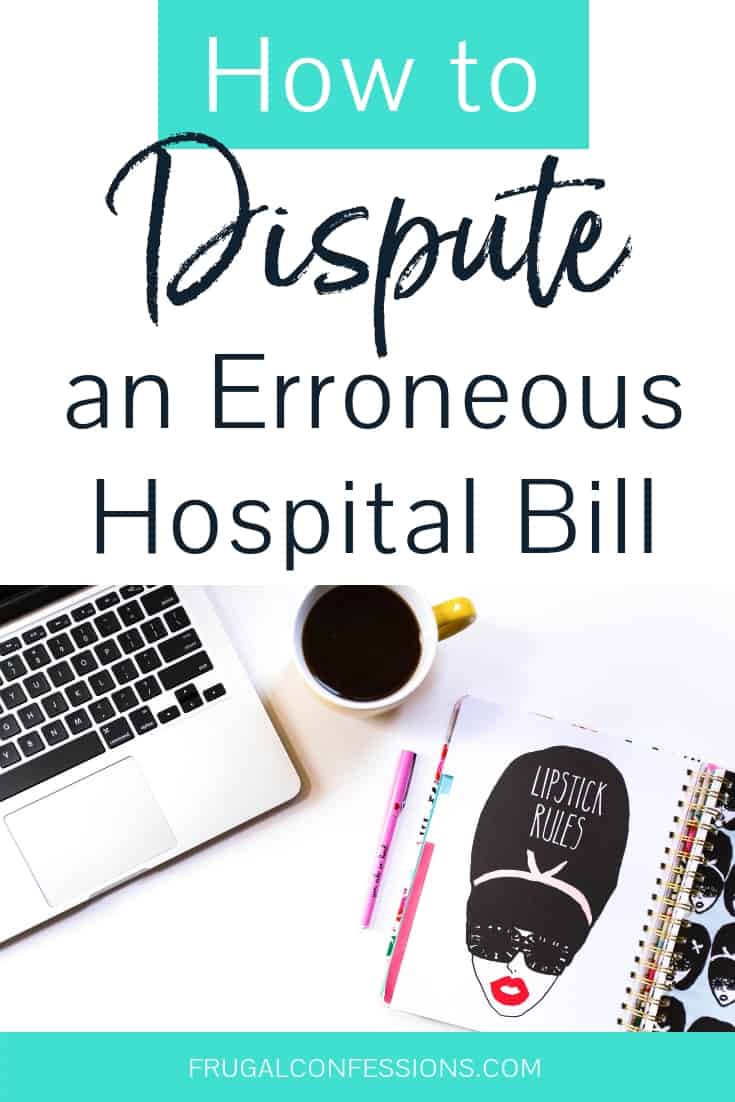 When I ran across an article from my May Money magazine (my reading list on books runs on about a two-year delay, and for magazines about a three-month delay) about fighting your medical bills, I thought it was a good idea. Especially since when NerdWallet audited 2013 Medicare bills, they found that 49% of them contained errors.

I love to implement new ways to save money and talk about my experience doing so here at Frugal Confessions.

So I tore the magazine article out, put it on my desk, and didn't give it much more thought.

Little did I know that I would get the opportunity to put the information to the test almost immediately.

Pssst: Check out how to dispute a medical bill sample letter that I give away for free that got us out of an erroneous $1,097 medical bill.

If there's one thing I've learned from my pregnancy, it's that things can quickly change. And sometimes, not for the better.

Paul and I were both home one Friday in June — thankfully — when I knew something was “off”. I won't go into detail about what it was, but suffice it to say, after calling our OB/GYN we were told to head on in for some testing.

After getting several tests done in the office that all looked good, the doc sent us over to The Women's Hospital for some due diligence. He wanted us to get a few more labs done, plus an ultrasound.

Our doc is directly next to the hospital where we'll be giving birth, so we literally walked across the parking lot, went to the registration desk and asked how to get to the lab department. Then we walked back to the labs department and spent the next four hours getting various tests done.

Fortunately, everything came back just fine (thank the Lord!).

Needless to say, Paul and I were both extremely relieved.

About two weeks later, we got the bill in the mail: $818.20. It was not itemized (honestly, don't you think it's strange being asked to pay over $800 without specifically telling you what you're being charged for? I mean, CVS itemizes receipts, and that's just for $10 or less).

A quick phone call to the hospital's billing department revealed that I could call my insurance company and get an itemization.

After calling our insurance company, I found out a few valuable pieces of information:

Armed with this information — information I would not have had without asking for an itemization of our bill — I called the hospital's billing department back.

I explained to the woman that we had never set foot into their emergency room. Heck, we hadn't even made use of a wheelchair, as we had walked ourselves back to their lab department.

The woman explained to me that she would write my explanation in the notes section of her screen, then formally put my bill into an “audit” which could take up to 30 days as they figure out if I was correct or not.

About two weeks later I was sent another bill, even though we hadn't heard back from the audit results. So I called, and found out that in fact we had ‘won' (the customer service rep said that the mailings probably crossed paths and I could tear up the other bills).

They found that yes, in fact, I had not gone through their emergency room. And because of that, they re-billed the insurance company. The original amount was $4,308.00, and the new billed amount was $3,366.00. The woman explained to me that after the insurance company was refunded what they had paid, then paid whatever they owed on the adjusted amount, we would be sent a new bill reflecting the reduced (correct) amount we owe.

And Then Things Got Weird

Except…that's not how it all went down. Because they sent us a bill again, in the same amount: $818.20. So I had to call them back again to ask why it would be the same amount with the dropped emergency room charge of $200, the dropped $942 found during their audit, and the fact that part of the amount we owed was based on a 20% coinsurance of charges.

Another call to our insurance company revealed that they had, in fact, kept the $200 emergency room charge on our bill but taken off the $942 for some other charge that was not supposed to be on there (so that's a win! and kind of crazy that they managed to overcharge by $942, something they wouldn't have thought twice about without auditing our bill).

And, they said, we still owe the $818.20. While the lady from our insurance company is sending through my notes on the situation — being that the math is totally incorrect (even if they keep the $200 emergency room fee, which I don't agree with but have lost the battle over, that 20% coinsurance part of $18.20 is incorrect) — I'm not hopeful that anything is going to change. At this point it's all about principal, and being 36 weeks pregnant, I'm losing the patience to keep arguing with them.

In total, I spent way too much time on the phone with several different people over the course of the last few weeks to reap a total savings to the insurance company of $942…and no savings for us. Which, doesn't make sense to me. Because $600 of our bill is the deductible, $200 is for the emergency room copay, and the last $18.20 is a 20% coinsurance charge of the overall bill. So if their bill was reduced by $942, then the $18.20 should also be reduced.

Can I say this was a win? Well, I guess for the overall health insurance industry, which complains of overcharges and overbilling being part of the reason for high insurance premiums. As for us, I think we'll just pay whatever bill they send next and move on with our lives.

Have you ever fought a medical bill? I'd be really curious to hear how that went for you in the comments below. Any tips for the rest of us? 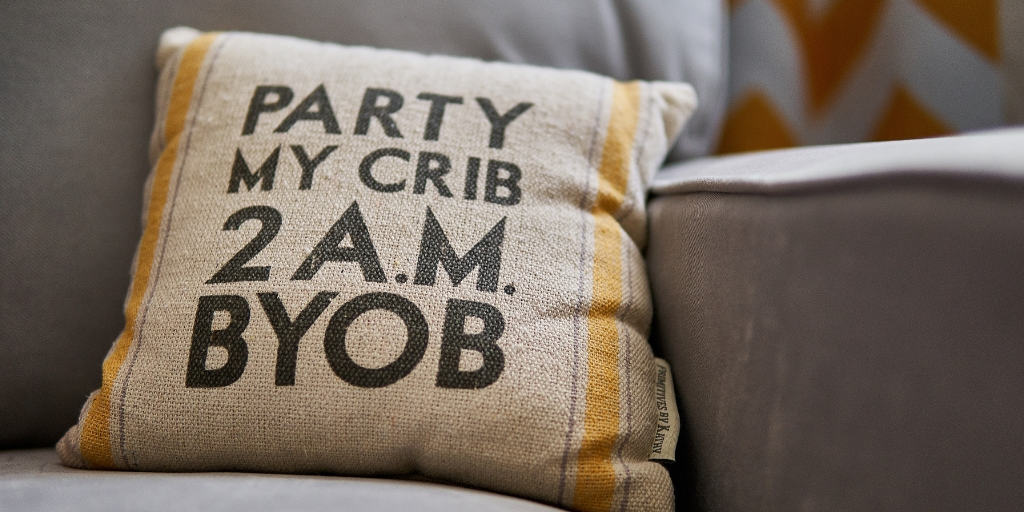 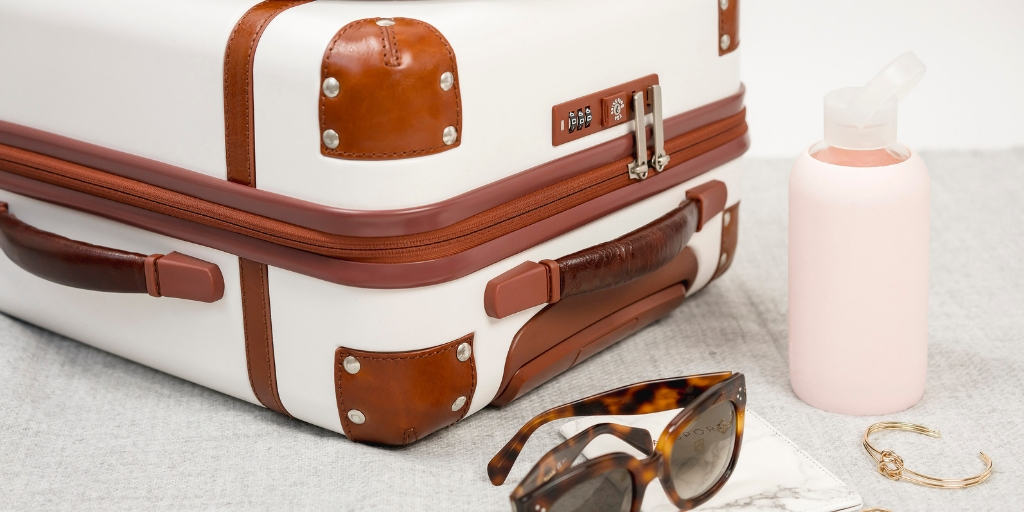 How Many Frequent Flyer Miles Do You Need to Earn a Free Flight?
Read Next Post →
Click here to cancel reply.

I hadn't known that so many medical bills were revealed by audits have errors in them! I've heard of crazy expensive medical bills, but I didn't know that there could be unnecessary or incorrect charges on them! Congratulations on your success with auditing your bill; it seems like it was a confusing process, but not having to pay bogus charges is a win. Thanks for sharing your experience!

There are two options you have at this point (spoken as someone who has gotten these things fixed), you can pay someone to continue fighting it for you (normally they keep half of what they save you) or you can go up the chain of command. If you do that you need to stop speaking to people in the phone. Everything should be done by letter. You need to request an itemization from the hospital, not just the insurance. You need to know what they sent to the insurance company. Yes, you want to also get a written statement of what they sent the insurance, from the insurance but this is a way to make sure they are not lying to the insurance company. The fact that they are not sending you an itemized list as a normal MO during the audit is a red flag. You also need to include in the letter than until it is been resolved you won't be paying. You should not be paying the ER bill at all and that needs to be clearly stated in the letter. You can win, it just will take time and effort which may not be worth it to you which is why you might want to take option one and let someone else do it for you.

I really appreciate you taking the time to tell me the next steps to take with this bill. Honestly, moreso than the money, the fact that it's just incorrect bothers me the most!

I audit and correct the medical billing offices on a regular basis. I had to create a spreadsheet of charges and payments for the orthodontist's office and turn off the automatic monthly billing when my portion had been paid. It also helps to know what the insurance company will cover -- I refuse the fluoride treatment at the dentist every other visit because I know that it is only covered once a year. I also have a $500 "fund" that covers me before I have to start my deductible, so that confuses the billing for the first few months of the year. I have had enough wins that I don't mind investing the time.

Either way, looks like you've saved your family some good money. Bravo!