The (Frugal) Nut Doesn’t Fall Far from the Tree

As I am sitting here bundled up in my mother’s chilly, 63-degree living room, I can’t help but chuckle. It’s easy to think that my quirks and habits just sort of developed on their own, especially since I have lived away from my family for the past ten years. Yet whenever I come to visit once a year or so I see more and more of me in their lives, such as my mother’s attempt to turn the heat off as early in the spring as possible, as well as her efforts to keep it off for as long as possible in the fall/winter. Other quirks that feel remarkably familiar are my mother’s use of the backs of envelopes for list-making and old grocery bags to line her small trash cans, or how my father fills up used water bottles from his faucet to take with him in the car.

During this last trip home I got to thinking about the money quirks we are knowingly and unknowingly passing onto the next generation of Grossmans. What sorts of ideas about money have they absorbed, both good and bad? What basic pieces of information are they missing?

A Lesson in Money Management for the Next Generation

When it comes to money management, one of the biggest sources of frustration that we all must deal with is competing priorities. We must attempt to pay bills and put out fires at the same time as set aside money towards various short term and long term goals. This is the money lesson that I wanted to focus on this trip with my niece and nephew.

On money management--one big source of frustration that we must deal w/ is competing priorities. Click To Tweet

I was ecstatic when I found Money Savvy Pig piggy banks with four different slots for four competing categories: Save, Spend, Donate, and Invest.

I got so excited that I gave these as a gift to my niece and nephew (12 and 6), and took the opportunity to pass on a financial lesson as well. I showed them the four different categories and explained that as they got older and dealt with money more, they would need to deal with competing priorities. Here are some of the things we discussed for each category:

After we had discussed each category, I gave them all of the change I had saved up for the last few weeks so that they could start to populate the different categories on their own. It was great to see how their minds were working while trying to figure out how to divide up their coins among the categories. I also enjoyed listening in as they began to discuss what they wanted to save up for, or how they were going to make lots of money by putting it into their savings accounts (I didn’t have the heart to tell them that current interest rates are abysmal).

The more I am around kids, the more I see how aware they are of their environment and of the details in their parents’ lives. This means that we are probably all passing on money habits to the next generation without even knowing it. So why not take the time to sit down with your children, nieces/nephews, grandchildren, etc. and teach them some positive frugal and money management habits instead of hoping that they will pick up on the good ones and fearing that they may pick up on the bad ones?

What sorts of money lessons have you had with the next generation of your family? 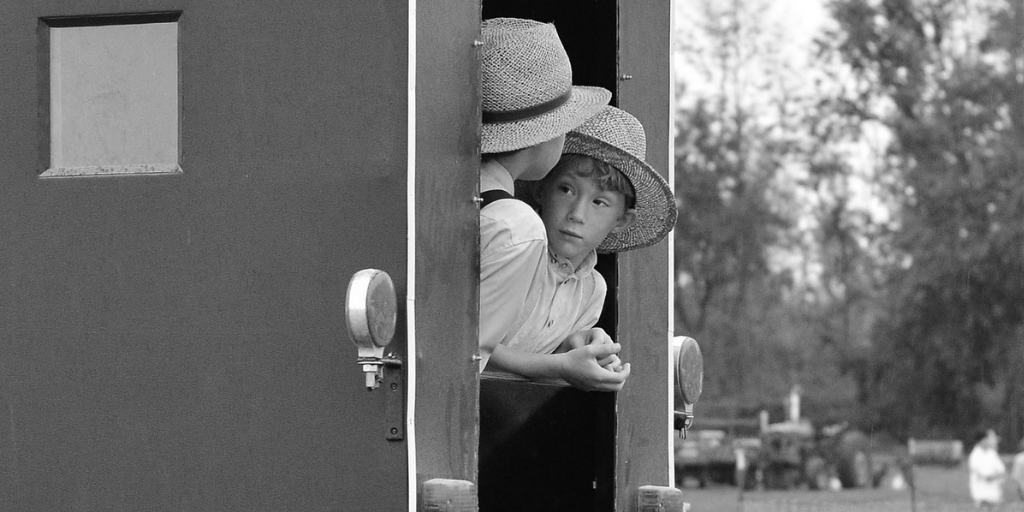 What I Learned about Amish Teenage Life from an Amish Father
Read Next Post →
Click here to cancel reply.

I try to pass lessons down to my daughter. For now, she just sees me as someone that doesn't like to spend money. But, she's younger. I suspect that all the things I've said will start to make more sense once she reaches teen years and sees how hard one has to work to make money.

nice post! great gift and fun teaching experience with them!

very nice saving habits :) I'm sure you're gonna teach your family and friends to save money in efficient way :)

I learn my financial habits form my mom. Not all but she has influenced me a lot when it comes to saving money. Yes, children follow and learn from what they see everyday and it starts from home.

Children learn more from what they see than a specific lesson. Parents are the ultimate role model and children learn from what we do vs. what we say.

You would definitely know--you have been a teacher for how many years?

It's a shame that kids can pick up bad habits from what they see, but at least everyone can try to steer them on the right path (although I used to hate it when my parents said, "Do as I say, not as I do").