We Were Swindled, in Our Own Home Skip to Content

We Were Swindled, in Our Own Home

I write this in my office, where my husband and I are holed up practically as hostages. That great social buying deal I scored a few weeks ago for $99 to clean our Air Ducts? It’s taking place right now. And let me tell you—it’s not breathing in the potentially toxic Foster 40/80 formula that has us scared and seeking refuge. It’s the man downstairs. You see, I have spent the majority of my life ignoring and stonewalling swindlers. I’ve heard about them through safe, third-party encounters. But now we have one in our home. We were so swindled and managed over the last 45 minutes that we literally escaped to the top of our two-story home and shut the door to my office to regroup. I am not even close to exaggerating.

When I purchased the voucher for $99 I assumed that I was in the clear as far as payment was concerned. However, the salesman basically opened up shop in our home. First there was the upstairs he wanted to do. We had decided to only clean the bottom floor ductwork for now. A tug of war went back and forth for about five minutes, and when he could not sell me or Paul on adding in the upstairs ductwork for $210, he finally moved on. Next he said that he must charge us for the glue to put the vents back into the ceiling. I smiled and said that the glue should be included in the job as nowhere in the fine print of my voucher was there an added charge of $65 for glue; if the vents did not make it back into their spots then essentially he did not honor the voucher. He replied that the vent cleaning was included, but that the vents could not be put back into the ceiling without this glue. Hmmmm. Then he added $5 onto each bathroom fan system (down from $10 normally, he assured us).

When he tacked on a charge of $35 for travel, I knew for sure we were here to get screwed. I noted that in the fine print it said he could do so only if we were not within 30 miles from his office (which we were). He shook my hand for the tenth time and said that it took him 20 minutes to get here and another 20 minutes to get back, so he was going to charge us for one hour of labor. My face started to turn red at that point. But I didn’t have long to fester because he had us follow him to his truck to show us filters we “needed” to have. The filters he was willing to throw in for free, but the frames would be $28 each (our air conditioner comes with a filter in the attic which we change twice a year). We said no thank you, that time, and the five additional times he tried to sell them to us (one of those times he actually started taking the filter out of the bag and told his crew member to go ahead and install them. A resounding “NO” escaped from my lips, at which point he forced me to shake his hand again).

After 45 minutes of this, we were lucky to escape to my office with our shirts still on.

When all was said and done, we were still charged an extra $210. And that was not the worst of it. In order to describe all of the crazy things that occurred in our home while this man was there, I’d like to discuss what not to do when you enter my home to complete a service I am paying you for (and “you” know who you are if you happen to be reading this).

Do not open up our freezer without asking and yank out our entire ice maker, then jam a bunch of ice down our garbage disposal until the disposal stops working…and then tell me to just reset it in five minutes (I told him to reset it, at which point he laughed and patronizingly said he would show me how to reset it in case my husband is not home). Don’t take out a photo of your family and tell me their life story in between trying to sell me extra things—I have no sympathy for you. Do not refer to me and my husband as kids. Don’t drop names, or tell me that you own half of Midtown in Houston and your gutters are made of copper. Literally, I could care less—you don’t know who you are dealing with. Don’t give me busy work to fill out after I have denied something extra you wish to do so that you can talk to my husband to try and sell him the same thing right in front of my face. If I say “No”, the answer is “No”, and Paul is going to keep the united front. Don’t have me fill out the paperwork and enter my credit card information with the final “total” field blank—you lost my trust a long time ago. Don’t tease me about how I need to make you lunch. Don’t pick up a sponge and soap and start cleaning my dishes to “help” us out—seriously, that is just weird. Don’t tell us that you have 35 lawyers in your back pocket and a limo service which we now have a corporate account with (presumably because you cleaned our air ducts?).

And by the way, if you own half of Midtown and have copper gutters, then why on earth are you cleaning my ducts on a Friday?

The man left after three hours, and only because Paul feigned a phone call that alerted him to a missed appointment. Before his departure, the salesman grabbed my hand again from underneath and asked Paul how many friends he has. Paul said “1”, everyone nervously giggled, and the guy handed us 4 referral sheets (“I’ll give them the same deal I gave you two” he winked at us while we pushed him further towards the door. Honestly, could you imagine me referring this person to a friend?). At this point we just wanted him out of our home. I signed all of the paperwork and initialed the $210 charge to my credit card. He shook my hand again while I begrudgingly thought about how he actually won in this situation. Paul ushered him towards the front door and out of our house for life.

But he hadn’t won completely. What the man did not know is that while holed up in our office I called the group buying site where I had purchased this voucher and explained the situation in great detail. The woman let out a “what?!?”, and apologized profusely. Apparently, she could not refund the voucher because we were having the work done as we spoke (even after pointing out to her how unhappy we were—being practically held hostage in my office—as well as now being $210 poorer). But she did give us a $110 credit to our social buying account for some of the extra fees we were charged that were not represented in the fine print (or that were in the fine print but were inaccurately taken advantage of). I thanked her.

It was amazing how uncomfortable and violated this man made us feel in our own home. His crew members seemed to be good, honest people and hardly said a single word the entire time. Of course, they are benefiting from the money this man procures by coming into people’s homes to swindle and annoy the heck out of them until they just sign the contract to get him out of their lives. I would put in a complaint to his company; however, his wife and daughter works with him so I think it is a family-owned franchise. Any thoughts on where else I can complain? My blood is boiling again just from re-reading and editing this article. 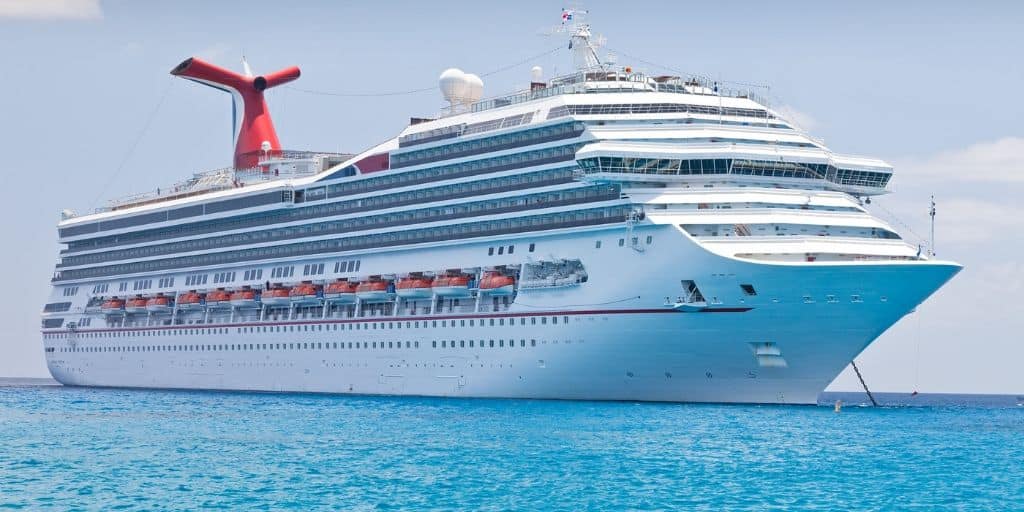 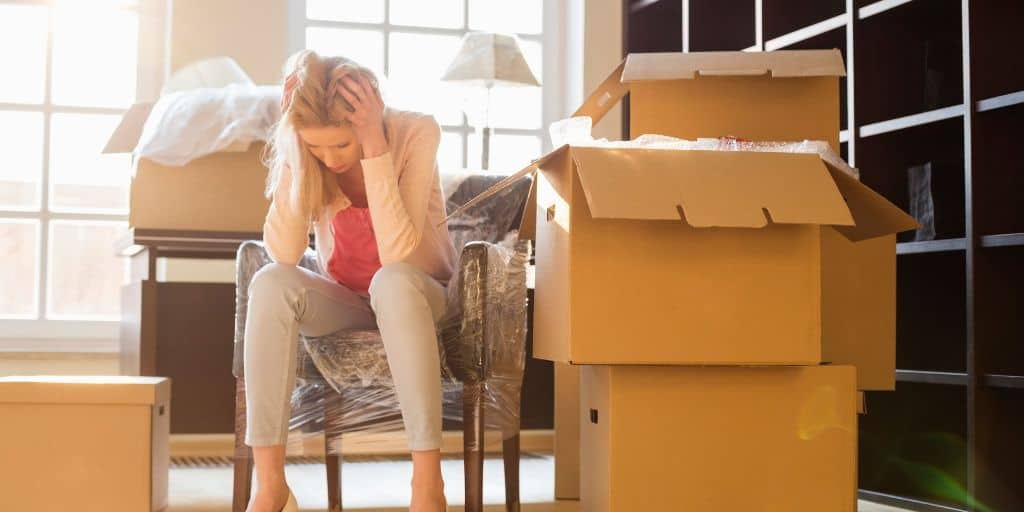 How to Get Rid of Financial Stress (for the Sake of Your Health)
Read Next Post →
Click here to cancel reply.

I had service pro look at a small problem with mold in my attic and after looking at the mold for maybe a minute the guy quotes me with a price of 30,000 dollars to remove mold and wanted to rebuild the whole 2nd floor. Another company quoted me 2700 and another company was 1175 so people be aware

I honestly think that I would have just ate the $99 and kicked them out of my house. However, I know that something like that is easier said then done. I would no doubt contact the BBB to complain, I would also leave reviews with any place you can find to do so, and like someone else said if they are a chain I would contact the national headquarters. That behavior isn't endearing and won't really make for repeat customers.

Why does your garbage disposal have to do with your air ducts?

Anyhow, next time you need a trusted company, call American Services @281-355-9100. They were on the Homework Houston show on KSEV in Oct '11 and they did a wonderful job with at the quoted price in my home (with absolutely no unprofessionalism).

This is insane. I feel completely violated just reading it. Please make sure that when they come back you're not the only one home. The whole thing seems unbelievably sketchy.

I would let them complete the work then contact the BBB. Also, Yelp, and Google reviews would be a great place to leave a public complaint. I'm sure if you search "businessname review" you can find a lot of places to leave your story...and you should. Contacting the corporate office, assuming it is a franchise, is a great idea, too!

Please keep us updated on this.

There have been numerous cases where criminal enterprises have set up a well-shielded corporate entity, conducted numerous scams just like this, then dissolved and disappeared when the law got close. They open up shop again right away doing the same thing under a different name.

The "family" were props, there only to build sympathy and rapport with the marks so they'll be more compliant.

There are competent duct cleaning services, but they don't charge $100 - more like $500, but they'll tell you up front what you'll pay. So sorry you had to learn about these things first- hand.