This post may contain affiliate links - it's how we keep the lights on around here.
2865shares

Looking for totally free genealogy websites so that you can actually afford to conduct genealogy research? I've got you covered, with lots of ways to find your ancestors for free. 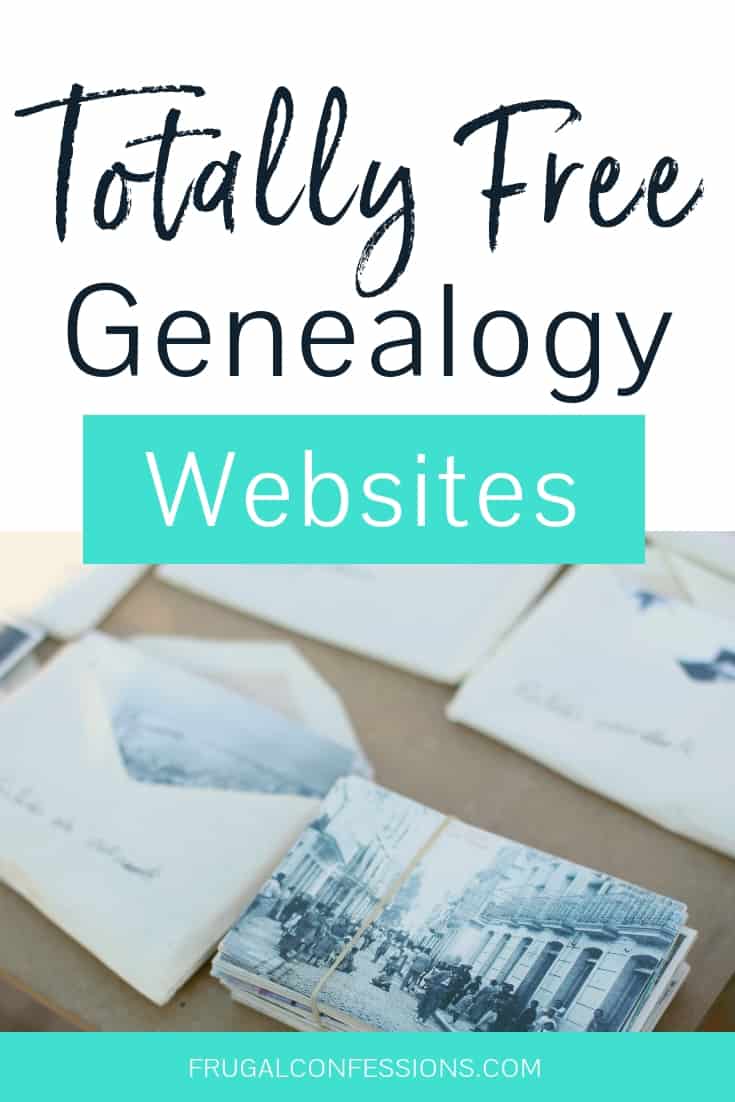 As mentioned previously, I have been working on a genealogy project with my Hungarian grandmother since the fall of last year. To say that this project has been a satisfying, worthy undertaking of my time is a vast understatement. Not only have we produced a family heirloom to pass down for generations to come, but several pieces of interesting information has surfaced that never would have without the proper research. On top of all of this, I got to spend a significant amount of time with my grandmother as we had discussions, sifted through photographs and records, and cooked a few recipes over Easter.

The great news for anyone interested in genealogy is that while it can be an expensive hobby, it actually doesn’t need to be.

How to Do Genealogy Research for Free

Once I chose to pursue the Hungarian side of my family tree, the first stop on my journey — truly the most important one — was my grandmother. She is literally the only living link between me and our ancestors. The key information that I received from my grandmother included the following:

In an event that cannot be brushed aside as mere coincidence, I met a woman named Agnes at a financial conference I attended in February. This is the same name as my grandmother, so I approached her and asked if she was Hungarian. It turns out that not only is she Hungarian, but she is first generation and still speaks the language! She offered to translate anything that we needed, as well as mentioned that I would have to get an old map of Hungary for my project. I had never really thought much about this, but Hungary has had quite the history. There was the Kingdom of Hungary, the Austro-Hungarian Empire, and various border changes that at times included parts of Austria, Croatia, Poland, Romania, Slovakia, Slovenia, Ukraine, and Serbia / Yugoslavia.

Records that you may stumble upon as primary resources include deeds, vitals (birth/death/marriage), census, tax records, military records, wills, court records, ship passenger lists, etc. The following is a list of several free websites to start your research for these types of records, all of which I have visited in my own research:

Finding information in the US through Census, passenger ship records, etc. was not too difficult once I knew where to look. However, I had no clue as to where to look for Hungarian records. Here are a few free resources to get you started on your global genealogical research:

All of this information has to be organized or categorized in some way; otherwise you might drive yourself crazy. These are some free forms and software to help you with that process:

While Conducting your Free Ancestry Records Research, Remember This

Sometimes, you need to decide if something is a fact by using the preponderance of the evidence.

I'll give you my own genealogy case study on this.

While I was not able to confirm some of the more colorful stories of our past — an opera singer who dropped dead while singing on stage, a woman on her wedding day dressed in white with a severe toothache who had to be taken to the dentist and died on his chair, etc. — I did have what I consider to be “big wins” as far as research goes.

My grandmother found a letter that her mother had written to relatives in the 1950s. She said that her mother always sent them letters, but that one day a letter was returned. After that, any letter she sent was returned. The letter was addressed to János Supek in Marczaltő, Veszprém. I was able to find online that the county of Marczaltő is Veszprém, and that Marczaltő is a town.

From talking with my grandmother, I knew that Maria Supek was Catholic. From her funeral announcement that my grandmother found in a shoe box, I now knew that her birthday was September 24, 1891. Miraculously, I tracked down “Hungary Catholic Church Records, 1636-1895” as well as Roman Catholic Parish of Marczaltő, Veszprém Megye, Hungary Baptismal Records. There were several Maria Supeks in this town who were baptized around the same time. Fortunately, I had all of this other information (including her father’s name of John/ János), and was able to find her particular baptismal record.  Her baptism was on September 24, 1891, the day she was born. But better than that, I was able to confirm that she was born in Marczaltő, Veszprém, Hungary and not Budapest. Also, the baptismal record gave me her parents’ names…a full generation back of information! This was a great treasure hunt with a happy ending.

How Do I Find My Ancestors for Free?

Sometimes, you need to actually get on the road to find your ancestors.

But taking trips to research genealogy is not always doable, especially when you're working on a tight budget.

I was fortunate enough to be able to visit family and friends for Easter in PA — which is where my ancestors all lived.

Over the extended stay, I conducted a lot of the types of genealogical research that is easier to do in person. My grandmother and I spent several afternoons going through boxes of photographs, documents, and passing on family stories. We also had the opportunity to cook several recipes together in her kitchen — one of my favorite genealogy project ideas I've ever had! — a memory I will cherish for life. My Aunt Molly and I spent a few hours rummaging through the attic at our farm (my father’s side of the family), a resting place for over 150+ years of Grossman belongings. Afterwards I was able to scan in hundreds of documents to preserve and use back at home in Houston.

My trip home provided lots of opportunities for genealogy research, which started me thinking: what if a research trip is out of the question for you? Are you bound to limit the scope of your research, not to mention more prone to feeling frustrated once you hit a wall?

I am happy to say that a genealogy research trip is not necessary. Fortunately for all of us, there are many inexpensive and free resources available in our genealogical pursuits that do not require a car trip, airplane ride, or gobs of money.

Many inexpensive & free resources are available in our genealogical pursuits that don't require travel or huge expenses. Click To Tweet

Submit for Copies of Documents

It turns out that you can actually contact depositories around the world and request copies of records (you pay the fee for the copies and mail). Having these copies can really help boost your research, start your research, and/or provide solid proof.

The National Archives has regional locations all across the United States. On top of requesting copies of records and conducting research onsite, you can also use their free online databases (such as their free online subscription to Ancestry.com).

There are also 4,500 FamilySearch.org centers worldwide that house genealogy records. You might want to search for a Family History Center located near you (there are five located in and around Houston).

If you have addresses or locations of where your ancestors came from/used to live, then take a fun, worldwide genealogy tour on Google Earth. This may be the closest you can get to the actual location where your relatives used to live. Note that addresses have probably changed over the years, so you might just want to put a street or town in as the location and explore from there.

Random Acts of Genealogical Kindness web site, run by volunteers, allows you to ask one free question a month. You choose a volunteer from a list of people in each state, fill out a form describing your genealogical needs and as much information as you have, and let them take it from there. You are expected to reimburse for things like film, video, copies/printing, postage, parking fees. But there is no charge for the service! FamilySearch.org also offers free, live help with your genealogy research.

Finally, do you have relatives that live in the area where you are gathering information? Perhaps you can solicit their help in picking up documents, researching something specific, and scanning.

Use Email and Mail Extensively

Even though I was able to take a genealogy road trip, I still conducted a lot of the research over email and mail. I had specific questions ready to ask my grandmother, and after each deluge of questions I received a package of letters, photos, documents, etc. in the mail. Ask your relatives and see if anyone has completed genealogy research that they wouldn’t mind photocopying/scanning and sending to you.  My grandmother has since contacted a cousin who has conducted extensive genealogy research on her father’s side of the family. She is going to send me what her cousin sends her. You never know what you might find!

One day it might be nice to take a trip and visit where parts of your family originated from or lived. But for now, rest assured that you can use the resources above to dig deeper into your family’s history without the added cost of a trip.