Get on Small Claims Court TV (Do Court Shows Pay the Judgments?) Skip to Content

Get on Small Claims Court TV (Do Court Shows Pay the Judgments?)

This post may contain affiliate links. You can find the full disclosure here.
40shares

Thought about appearing on a court TV show? Whether you want to get on Judge Judy, Judge Mathis, or Judge Milan, let’s talk about how to submit your case and who gets paid.

So, you have a small claims case, and you love court TV shows. You’re thinking about submitting your case to your favorite one, but you’re just not sure how to do so, or what the process looks like. 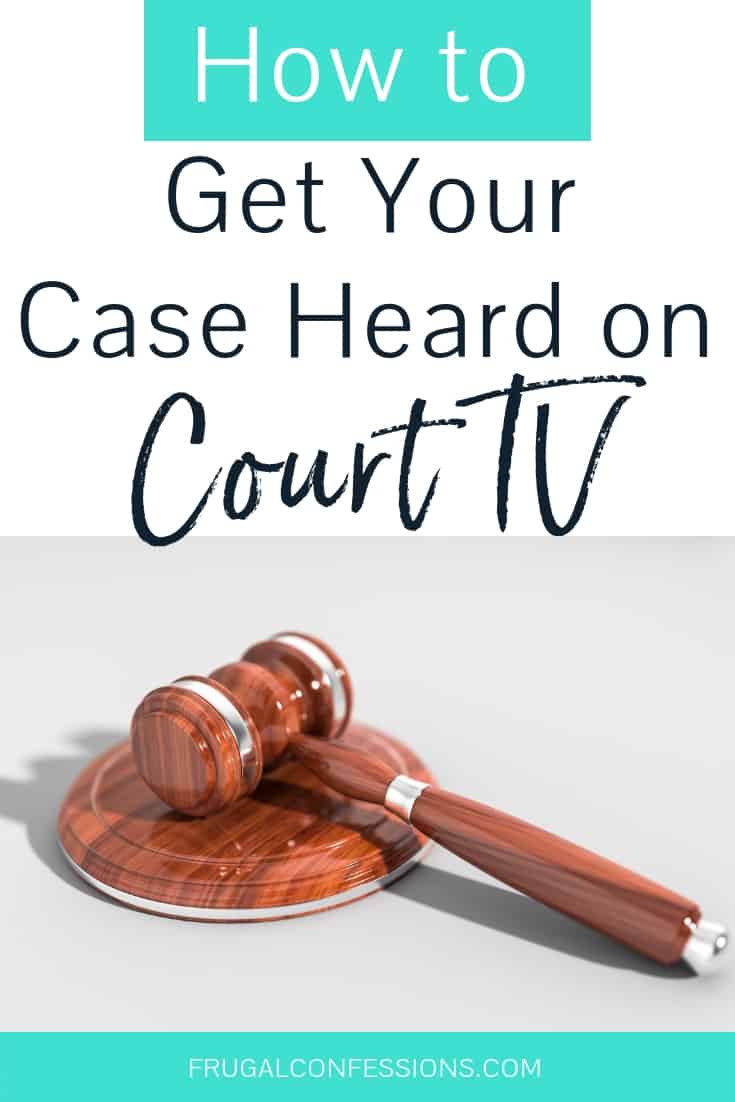 You're probably also wondering: do court shows pay the judgments?

Would you get paid an appearance fee – thereby guaranteeing you would win at least something out of it all? If you lost, would the court show pay the person you lost to, so that you wouldn’t have to worry about all that money you might have to pay out?

I’m going to answer all of those questions, plus more.

Psst: You might be interested to learn about class action lawsuit examples, and how to know if you're eligible for applying to one at any given time.

What Kinds of Cases Court TV Shows Will Take

Of course, anyone who has watched Judge Judy (me! Me!) would know – you keep your mouth shut when you’re on the Judge Judy and other shows and don’t talk unless you are asked a question directly by the judge.

Cases are settled through arbitration, not litigation. The final decision is then given by the judge, based on what they find to be true.

Court reality television shows (aka, court tv) love to arbitrate stereotypical cases to get their paid audience members in an uproar: the snot-nosed teenager who takes his friend’s car for a joyride and crashes, the girlfriend who cheated on her boyfriend and his credit card, the deadbeat ex who refuses to pay child support and demands a DNA test, etc.

Even though these people are sometimes portrayed as morons, they might just be smarter than the rest of us. You see, we would like to believe that justice can be done in a succinct half-an-hour segment over lunch. In actuality, the “bad guy” wins in the end on these shows.

This is because both of the litigants — the “bad guy” and the “good guy” — have been given an all-expense paid trip to the city where the show is being taped, his/her judgment owed will have been paid by the show’s producers, and the decision cannot be overturned in another court by a FBAR lawyer (unless it is dismissed without prejudice). Heck, the villain even gets an appearance fee for each day he/she is there, meaning even if the case is dismissed no one has left empty-handed.

Actually, appearing on one of these shows is not a bad strategy for attempting to settle legal matters of your own without coughing up a lot of money.

Think about it: If someone from your past is trying to collect and you think you have a legitimate case against them, then why not put yourself in a situation where you cannot lose? By “cannot lose”, I mean, a situation where you earn an appearance fee, you potentially get a judgment paid to you, and if you have to pay the judgment, you might get it paid for you?

Note: cases can also be dismissed without prejudice, which Judge Judy has done in times past when she’s thought a case was faked in order to receive monetary gain.

Of course, you and your creditor would have to publicly settle your case on national television, take the time to travel, and have your case before an arbitrator instead of a real judge.

Let’s look at each of the individual court tv shows out there.

Who Pays on Hot bench

If you look in the small print all the way at the end of each episode of Hot Bench, you’ll see the disclosure about payment. It says,

“Monetary awards are paid from a fund maintained by the producer.”

It was also reported in Forbes that each person receives a “small” appearance fee.

Who Pays on Judge Judy

A claim can be made for up to $5,000, and the award for each judgment on Judge Judy is paid by the producers.

On top of this, both the plaintiff and the defendant receive an appearance fee that has reportedly ranged between $100-$500. A daily wage of $35 per litigant is paid, as well as airfare and hotel expenses for the duration of the show’s taping for that particular week (typically 2-3 days).

Does People’s Court Pay the Judgements?

The end of the show has the following disclaimer:

“Both the plaintiff and the defendant have been paid from a fund for their appearance. The amount, if any, awarded in the case, is deducted from this fund, and the remainder is divided equally between both litigants. The amount of the fund is dependent on the size of the judgment.”

So, it looks like the pay varies, though I could not find any information on the maximum and minimum amounts that can be earned.

How Much does Judge Mathis Pay?

Though I haven’t found a solid source, it is rumored that the Judge Mathis show will pay $200 to each litigant, hotel and food costs, as well as the settlement owed.

In the credits is the following statement:

“Monetary awards are paid from a fund maintained by the producer.”

First of all, what are the different judge shows out there (both old, and ones that are still seeing fresh cases)?

Judge Sheindlin retired from the bench (New York's Family Court) in 1996 after a 24-year stint prosecuting juvenile delinquency cases. During her career she was also the Supervising Judge in Manhattan, and has heard more than 20,000 cases.

Her show Judge Judy tapes at the Sunset Bronson Studios on Sunset Boulevard in Los Angeles, California. (the show sometimes does taping in the Kaufman Astoria Studios in Queens, New York). While some audience members who appear in her show are legitimately people who have asked the producer for tickets, most audience members are extras (aspiring actors).

Judge Marilyn Milian is the first Latina Judge to host a nationally syndicated television court show. Florida Governor Jeb Bush appointed Milian to the Miami Circuit Court in 1999, where she served in the Criminal Division. Between 1984 and 1994 she served as an Assistant State Attorney for Dade County.

Where is the People’s Court filmed? In Stamford, Connecticut. In fact, if you’ll be in the area, you can go here to get tickets to be in their audience. Click here to watch People’s Court online.

From 1990 to April 2000, Brown served as a judge of the Shelby County Criminal Courts in Memphis, Tennessee. He eventually became director of the City of Memphis Public Defender's Office.

After graduating from college in 1983, Judge Mathis joined the staff of Detroit City councilman Clyde Cleveland and continued to work as an advocate for equal justice with Reverend Jesse Jackson’s PUSH Excel.

Hot Bench was actually created by Judge Judy. In this show, instead of just one judge deciding the case, there is a panel of three different judges. The original three panel of judges included Michael Corriero, Tanya Acker, and Patricia DiMango.

Judge Faith is an active attorney, and used to be a Wall Street litigator, a criminal prosecutor in Manhattan, and has extensive knowledge in white-collar criminal cases.

This is a personal finance blog, so it would be weird to not include a word of caution about any appearance fee or judgments you are awarded on one of the court tv shows.

There are two different types of money you might walk away from after being on a court tv show.

The IRS taxes all income you receive, and so your appearance fee and paid travel costs will likely incur income taxes.

As far as whether or not any judgement money you win (or that is paid out on your behalf) is taxable, you’ll want to refer to this article.

How Do You Get Your Case Heard on a Court TV Show?

Here are the steps to get your case heard on one of these shows:

How to Submit Your Case to Each Court TV Show

Now’s the time to decide: are you brave enough to submit your small claims case to one of your favorite court tv shows?

I’ll give you the direct links below to the online applications. But first, note that you’ll need some information.

And the more specific the information? The better.

Information includes (each application is a little different, but this is good info to have for any of them):

Here’s how to do it: 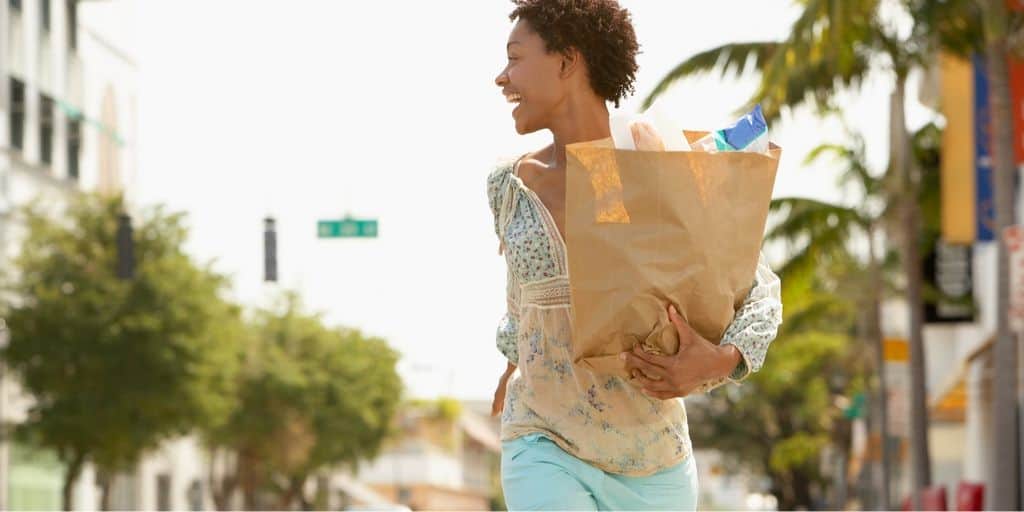 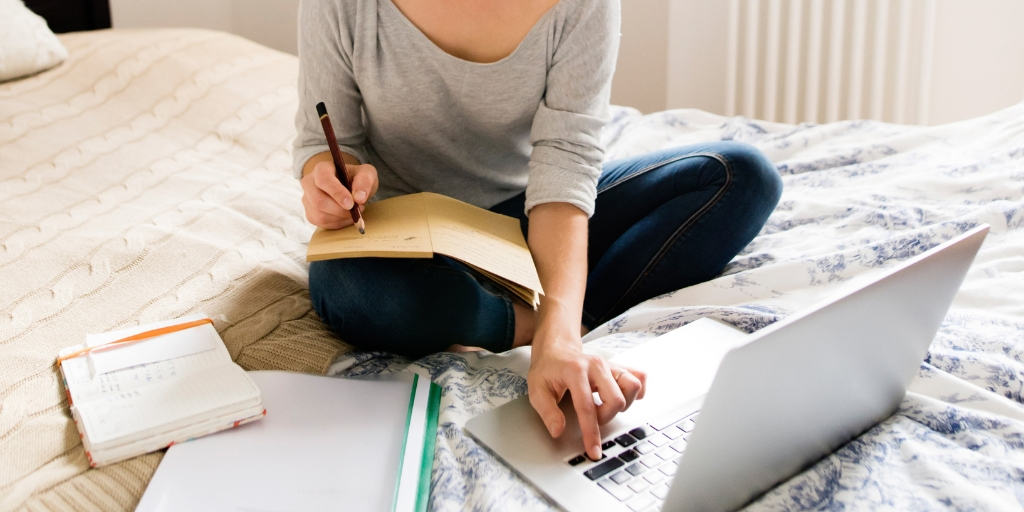 Stalked by an Internet Ad: How to Opt-Out of Some Behavioral Targeting
Read Next Post →
Click here to cancel reply.

i wanna sue a man that lie about being a paralegal - he charged me 3500 and didnt finish my husbands papework.

Can4 I apply for the shows without officially filing a claim in court? I'm suing someone in Pennsylvania and I live in Nevada.

@Anne Baker, You'll probably have to ask that of the court you want to hear your case. But I would think not.

How come I can't click on the link to get on the people's Court?