This post may contain affiliate links. You can find the full disclosure here.
5shares

How much do reality tv stars make? When are they paid the money, and does being paid to be on the show distort their actual realities? 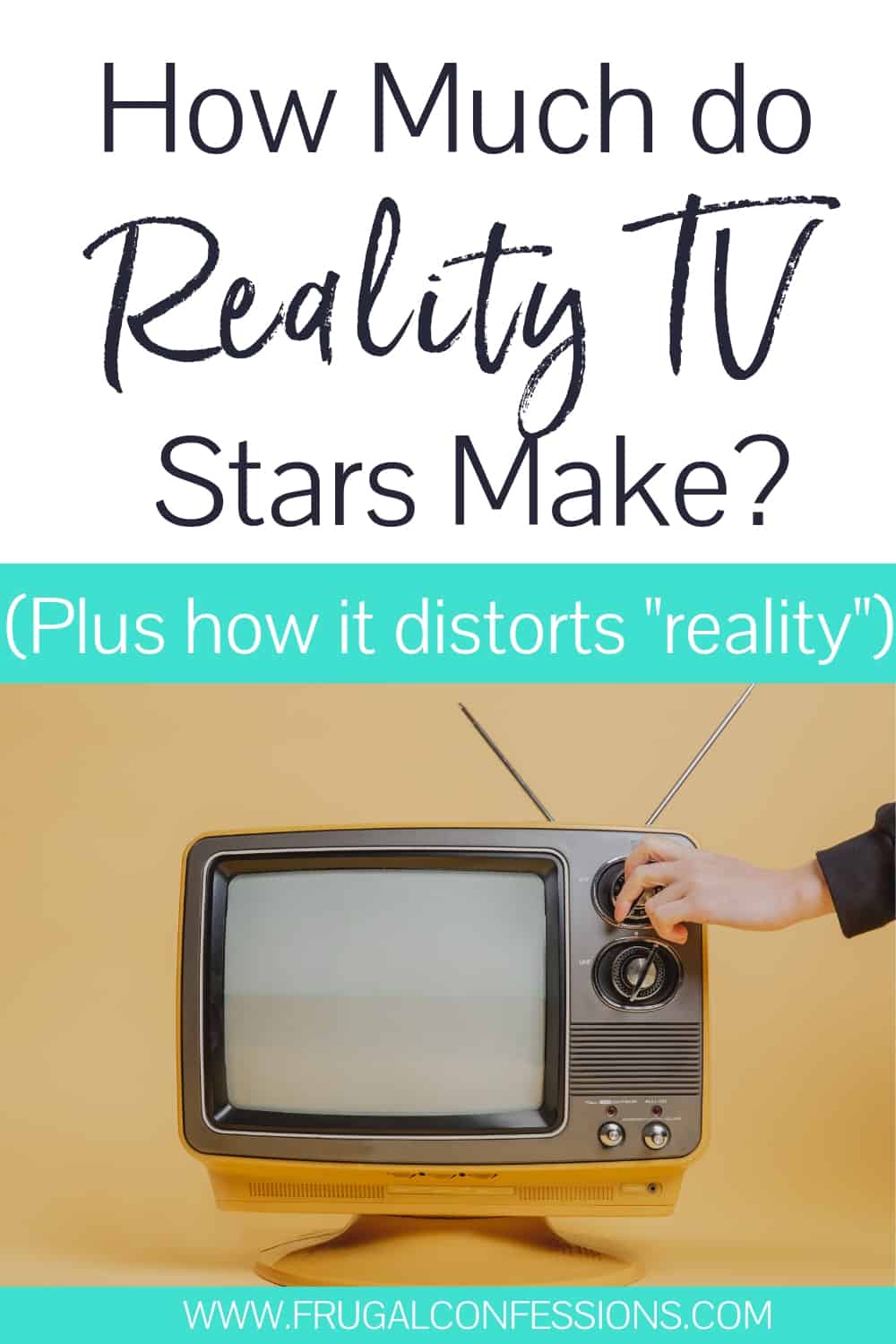 Several years ago I sat down to watch the reality television show Downsized, season 2. My eyes widened when the father, Todd, decided it was time to start looking for a home to purchase.

Let me say that again, within the context of their ‘reality': the family who had just experienced a foreclosure not 18 months earlier, on top of a bankruptcy, was now debating whether or not they should purchase a new home.

That got me thinking.

How were these guys even in the market to buy a house?

It turns out that the wife was not keen on purchasing a home after just getting out of such a rough period in their lives (listen to your gut, girl!) and so they decided to discuss their finances and home purchasing outlook with their financial advisor.

During the money sit down, it came to light that they had received money from starring in the first season of Downsized. While the amount was not disclosed, they did state that they were able to pay off their debt – including their debt to their children – and still had $18,000 in the bank.

I speculated that this meant they had received around $50,000 for participating in the show, based on the debts they revealed in the first season.

Pssst: check this out in case you've ever wondered if you could score one of those free home makeovers (like the ones on HGTV).

Needless to say, this put them in such a better financial position that they were now hopeful they might be able to purchase a home in the near future.

Talk about the financial impact one season on a reality television show can have!

Before we get into these “distortions” of reality, let me offer up more stats on how much reality tv people make.

How Much Do Reality TV Shows Pay?

Let's look at some of the individual shows out there, and how much they pay their reality stars.

How Much Do MTV Reality Stars Make?

Almost makes you wonder why they all need their own side businesses, right?

According to Adam Lind, ex Chelsea made $250,000 for Season 6 of Teen Mom 2 (which has been confirmed to be the salary of each of the Teen Mom 2 mothers for that season).

Note: the Teen Mom babies (now kids) are also paid appearance fees, separate from their parents, to appear on the show.

And, revealed in court documents, we know that Amber from Teen Mom OG made $280,000/season (and this was back in 2011, so they're almost certainly earning more now).

How Much do Bachelor Stars and Contestants Make?

It turns out that Bachelor contestants don't earn any money…but the Bachelor/Bachelorette will earn a nice sum (upwards of $100,000).

Not only do the contestants not earn, but they have to pay for their wardrobe and to get ready for the show (not to mention, they might need to quit their jobs or lose their jobs for the time off).

How Much Do Reality Stars Make — 90 Day Fiancé?

Confession time: my husband and I watch this show.

We are just…shocked…by how these turn out. Of course, we come at the show with a bit of skepticism, but it doesn't stop us from watching it.

Probably also because we met one another in Japan, and carried on a long distance relationship for years before getting married.

All that aside – how much does TLC pay their 90-day fiances?

What I could find from InTouchWeekly:

Side note: apparently not getting that work Visa means that the network can't pay the foreigners who appear on this show? Sounds a little bogus (or cruel) to me, so let's hope that's not the case.

How much does TLC pay the families featured on their shows?

Reality TV producer Terence Michael spilled the beans to help us figure this one out back in 2009. He said that a reality show tv family will typically receive 10% of that show's operating budget, whereas as reality tv producer Michael says it can be as low as 5% if the producers feel the family is going to earn more in other ways as a direct effect of the show).

Reality television shows to me are sort of like terrariums. Through the television screen we're given a glimpse of an ecosystem, however frail or robust it may be. What often is not shown, however, are the external influences introduced to that ecosystem by the very nature of being on a reality tv show.

In the recession-crop of reality tv shows centered around financially devastated families, the reality that we all find so fascinating and gut-wrenching to watch is being jeopardized by producers paying these families and individuals money for their appearance.

It's not that they don't deserve this pay for being on a show; it's just that we don't always know how much they are making and when they are making it so that we can gauge how much ‘reality' we are actually getting.

To shed a little light on this, I did some research into how much reality television stars have been paid, and how this may have affected the decisions they make on their show. Aside from receiving money being a big distortion to a financially-downtrodden person, there seem to be other things that are affecting reality as well, such as the time of payment and the type of payment.

I think the time of the payment is key in whether or not it interferes with the reality that we are viewing. Is the person paid per episode, before taping, or after the episode/season is over?

You can reasonably assume you are getting more reality by watching someone who has not been paid yet (though see the other distortions below).

For example, Gail Vaz-Oxlade’s show ‘Til Debt do Us Part pays the person at the end of the show if they made the improvements and changes she was hoping to see. The payout from this show can be up to $5,000, and she often throws in a monetary gift of some sort like a weekend getaway or paid-for classes to further someone’s passion. During the show there is typically no money exchanged between the producers and the person.

Psst: Several times Gail has had to give a person monetary loans against their potential $5,000 earnings at the end, which definitely distorts the reality we are seeing. However,  every time she does this she informs the viewers and subtracts it from any money earned at the end of the show.

The show Downsized is another example where the people were not paid during filming. However, they were paid an undisclosed sum of money at the end of the first season, and WETv  aired a second season. This means that their reality changed dramatically for that second season as they were able to pay off their debts and have $18,000 left in a savings account that would not have been there without the show.

Some people are paid for their appearance and participation with cash, while others are given non-monetary compensation such as a new home and a vacation.

An example is Extreme Makeover Home Edition. While not having a mortgage to deal with each month arguably gives you a huge financial leg-up, the families also have to cover higher property tax, and higher utility/maintenance bills (it is typical for a home to go from being 1,200 square feet to over 4,000 square feet, which ends up raising the property taxes for not only the owner, but in some cases the neighborhood). Also, there are tax ramifications for someone giving you such a large gift.

While this type of show stops taping after the owners are given their new house, these added costs have been enough to send several new home recipients into foreclosure after the airing of the show (now that would be an interesting reality television show).

Distortion #3: Amount of Payment – How Much do Reality TV Shows Pay?

The amount of payment received is definitely a factor in all of this. $100 may lead you to splurge on dinner out when you normally wouldn't, but $30,000 would probably make many others buy a car or make other large and potentially life-altering purchases.

Depending on how much money the show is bringing in the network, industry experts say that reality tv stars are paid anywhere between $750 per week (Big Brother) to $75,000 episode (Jon and Kate at their height of notoriety).

Teen Mom on MTV reportedly pays $60,000-$65,000 per season. This is a lot of money for a teenager (heck, it’s a lot of money for someone my age!), and would certainly change their financial circumstance. In fact, this would seem to backfire because it could show other teenagers that it is not that tough to make it as a teen mom (which undoubtedly it is incredibly tough to do so, especially due to finances, but for other obvious reasons as well).

It's human to make financial decisions based on what you are anticipating (aren't you more likely to make a purchase if you know a juicy tax return is coming in a month?). If these stars know they are going to receive monetary compensation at the end of the season or show, then they will spend money more than they otherwise would have in anticipation of being able to pay it off soon.

After all is said and done, I feel that paying financial reality television stars is going to change the reality that we are watching, whether it be because of the anticipation that they are receiving payment after the show is finished, or because they are being paid all along.

Yet I do believe that they should be paid for their time and willingness to bare their lives on television—networks are making money off of them. I guess we all just need to have a dose of skepticism for these types of shows and remember that they are primarily for entertainment purposes.

Do you watch any financial reality television series? What are your reservations about them? Do you feel that payment changes the reality of the stars? 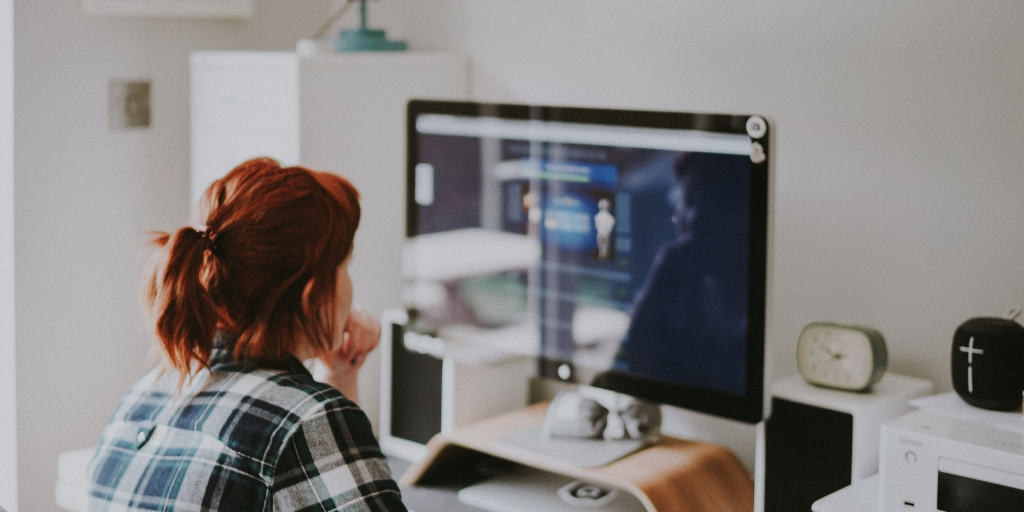 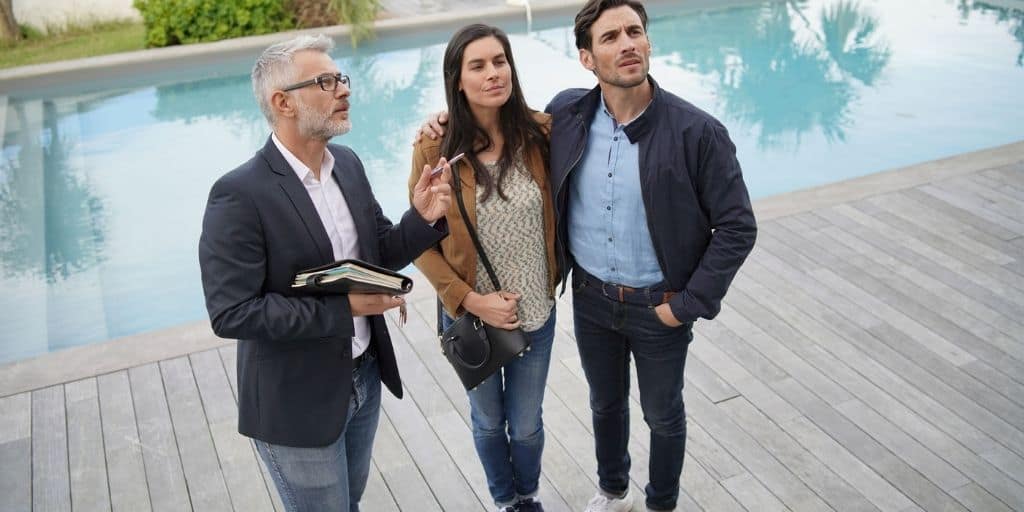 What is a Timeshare and How Does a Timeshare Work? (My Timeshare Presentation Horror Story)
Read Next Post →
Click here to cancel reply.

How much do they pay Outdaughtered? And do the relatives get paid, for example, her mother and sisters.

My wife and I, love mainly to watch Teen Mom and 90 Day Fiance. What bothers me the most is how much money the Teen Moms are paid in comparison to how little money the stars of 90 Day Fiance make, which seem really unfair. I understand the whole work Visa dilemma but it seems that either more pay can be given to the Americans hosting the foreigners or Non-payment items such as Vehicles or Houses could be given to the foreigners since the network is making so much off of these people. Dr TV