Posted on Last updated: December 18, 2019 Categories Save Beyond My Means

Energy Awareness Month is here and we've entered a contest! Follow along with us as we learn how to get our electricity costs down, down, and down some more. Did we win?

Things have gone rather dark in our household. Literally. It’s Energy Awareness Month, and I’ve decided to enter an exciting contest to see how much energy use we can shave off our bill in the next two and a half months. If you’ve been following my blog over the years, then you know that I personally challenge myself each year to spend less on energy than the previous year (so far, with great results). We’ve gone from spending $1,628.86 on electricity and natural gas in 2010 to spending only $1,384.32 in 2012. I hope to take it a step further with this challenge (and to win the prize along the way).

The Competition (er…contestants): Arena from The Nerd's Wife, Staci from 7 On a Shoe String, The T-Shirt Mama, and Mackenzie from Cheerios and Lattes.

The Prize: Sponsorship to BlogHer Conference in 2014

Being able to go to such a large blogging conference is a big deal for me. Needless to say, I am pulling out all the stops in finding ways to lessen our electricity use. I am so into this challenge, in fact, that when our ceiling was repaired this week in our living room I cringed at the robust purr of power tools that were undoubtedly plugged into our electrical outlets.

So far, here’s what I’ve changed:

I’m amazed at what we've accomplished so far! Let’s hope this is reflected in the numbers. If nothing else, we will have decreased our electric bills this month and for the next several to come, and you know I’m all about that.

When I was in college I made one of my first-ever purchases on eBay: a microwave cookbook. I had been taken off of the mandatory college food plan for health reasons and so all of my meals were being prepared by me with a mini-fridge, a toaster oven, and a microwave in our approximately 13’ X 9’ dorm room. When the book arrived in the mail, I remember feeling like my dinner options had exploded on the possibility scale.

I have long since gotten rid of that cookbook, but could certainly use it now. At this moment, I cannot think of a single recipe we cook that only uses the microwave…but that is our new task in Reliant’s Blogger Conservation Challenge!

I joined Reliant’s Blogger Conservation Challenge in early October and have been finding ways to cut down on electricity use ever since. It makes sense that the next task is to set aside a period of time to cook by microwave (and I am adding in the idea of preparing meals that do not cook at all to heat the challenge up a notch) because we’ve cut down nearly everywhere else in our household. Our clothes dryer has not been turned on since I started this challenge on October 1st, sans the 10 minutes Paul needed to nuke something off the clothesline. Lights are turned off in every room except for the one in which we occupy. Except for the last few days (it’s on standby…I swear!), my printer has been unplugged. We have no clock in the kitchen since the coffee pot and microwave remain unplugged when not in use. And Central A/C Heating? What’s that? Ours has been turned off for the majority of October/early November.

While I do not know how our energy reduction stacks up against the other four bloggers in this competition, I do know that we are seeing impressive results on our electricity bill: last month's tab was $56.44 lighter than the previous month (only 9 days of that billing cycle was in October, when the competition began), and this month's tab is just $54.09 all together! To give you some perspective, our bill last October/November when I was not guzzling electricity by working from home was $67.37. To get our bill $13.28 and 198 kWh lighter with me being home all the time is a great feat in my book.

Why You Would Want to Cook with the Microwave

Recipes for the Microwave (or when No Cooking is Involved)

I’ve got a plan for this task. We are going to eat through a three-day period using only the microwave (or no cooking at all). After looking through all of our recipes and not finding a single one that would (easily) be able to work in a microwave, I researched microwave recipes from around the internet. Here are a few of the recipes we are going to try (mixed in with some no-cook recipes from our box):

Other foods will include sandwiches, cereal, and fruit to round out the days. Wish us luck! Let’s see if we can’t get an even bigger savings in November than $56.44.

If you’ve been following along over the last two months then you know the measures Paul and I have taken in order to conserve electricity: unplugging all appliances when they are not in use, line drying our laundry for the entire month of October and most of November, keeping the thermostat turned off, etc. Not only have our efforts helped our bottom line—October’s electric bill was $54.09 and November’s is $50.23—but we feel we have an excellent chance at winning the Reliant Blogger Conservation Challenge.

What’s at stake? A trip to the blogging conference BlogHer in 2014!

As part of Reliant’s Blogger Conservation Challenge, we received a free in-home energy audit. In mid-November a representative came out with a handy-dandy infrared camera to determine if we had any insulation leaks in our home.

Overall, the auditor was impressed with our lack of energy use. Compared with similar homes and situations, he rated our energy usage on the low side (hurrah!). Also, our home is in good shape as far as insulation is concerned.

The most significant issue for us are the seals between the ducts and supply box in our attic. There was a huge temperature differential between the attic and the area right around where the mastic on the air duct is leaking. Creating an air tight seal there could ease HVAC function and consequently lower HVAC electricity usage. Our attic could use new insulation as well, though it’s not a pressing issue for us as we do not typically use the upstairs HVAC system.

Fortunately for us, this is a DIY project. In order to increase our HVAC efficiency (once we actually turn the system back on), we are going to purchase mastic duct sealant and reseal each of the crevices that were previously sealed. 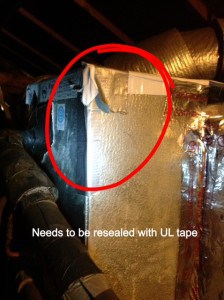 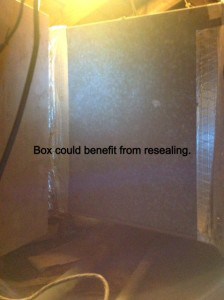 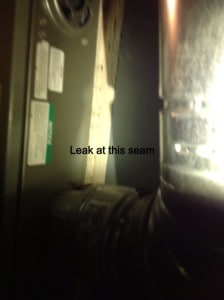 Ways to Further Reduce Your Own Energy Usage

There are a few ways that you can further reduce your own energy usage.

But we certainly learned a lot!

What are ways you have found to cut down on energy use?

Got any other energy-saving tips for me? Help me out by posting them below! 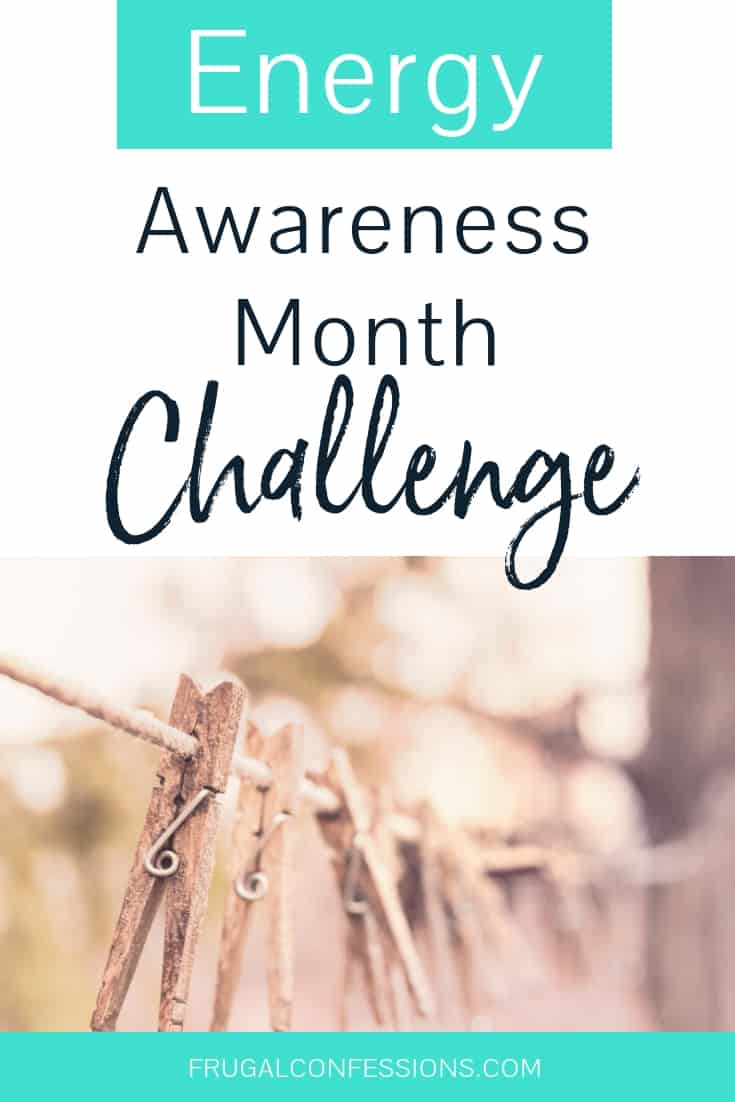 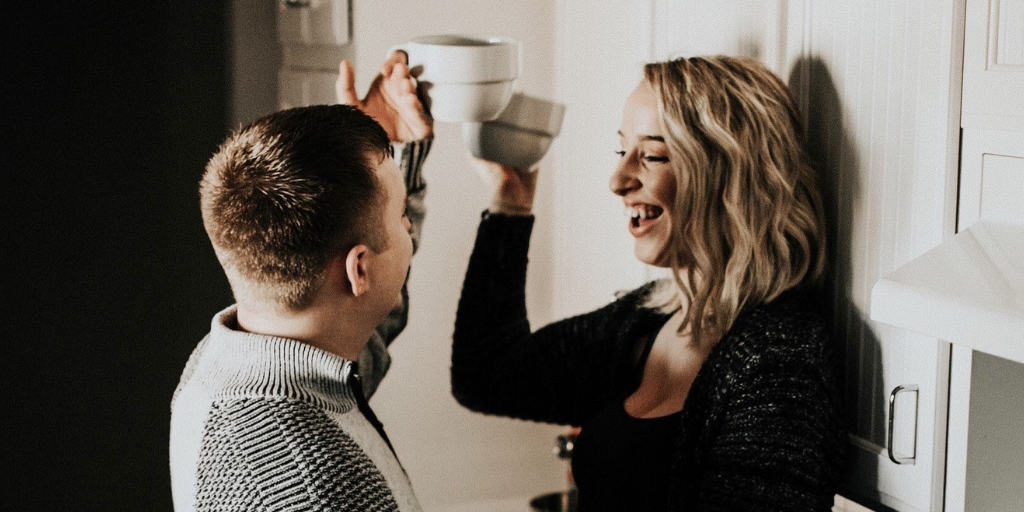 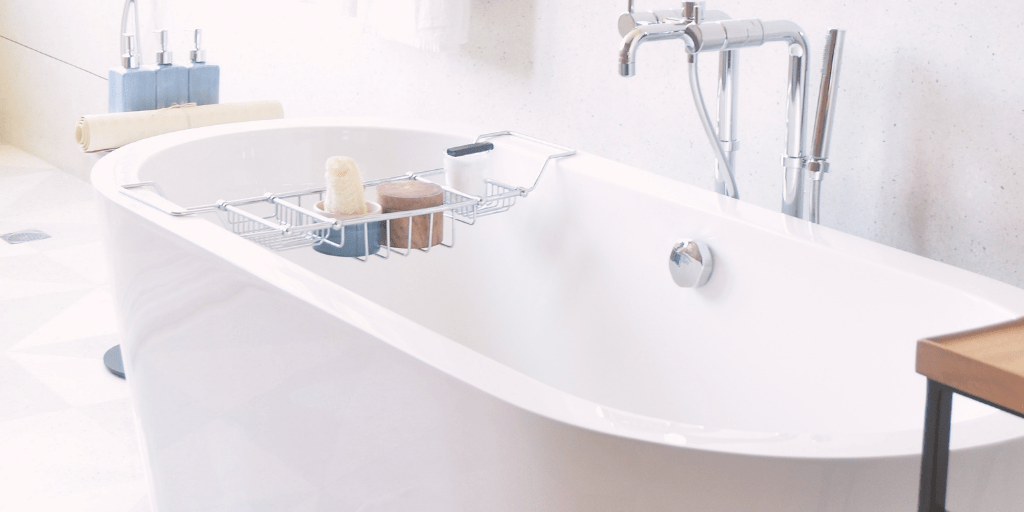 I love that you mention unplugging appliances when they are not in use! I am OCD over turning off lights and not running the air if its not necessary, but never unplug things. How much of a difference did just the unplugging make?

Honestly, I'm not sure. However, when I plug the plug into my Kill-A-Watt (without the electronic being on), there is still a pull on electricity. Probably minimal...but don't like to waste money:).

Perhaps you could monitor your Smart Meter if you have one to see the effect of your changes. There's a web site at https://www.smartmetertexas.com/CAP/public/ where you can register your meter and monitor your electric use.

Your post inspired me to look for this. I started by checking at Center Point Energy and discovered that all they showed on the web site was my natural gas information. A little more research took me to the Smart Meter site.

I don't have time to register right now: it's still dark outside and I'm not going out to look for my meter number! But I'm going to do it because I've always wanted to know what the Smart Meter information could do for me.

Neat, Bob. I was not aware of that website and we happen to have a smart meter.

Bryce @ Save and Conquer

I can really see the difference for us in cost between the winter and the rest of the year. For Dec-May, our monthly gas and electric bill averaged $142. For Jun-Nov, our monthly bill averaged $75. And that's with an almost new (2-year-old) natural gas heater. Your post does remind me that I want to cut down on the heat of our hot water heater. Right now the hot water out of the tap could scald a person. Thanks for the reminder. I'm off to the garage...

Glad to help remind you of a way to save money.

Here in Houston it's the opposite--winter is cheaper than the hot and humid summer months.

Love your blog. I know it's outside of the post topic, but can you write about savings on water usage too?

P.S. Thank you for the kind words!

I haven't thought about that before, so thank you for suggesting the topic. It's logged in my mind, and hopefully there will be a post in the near future!